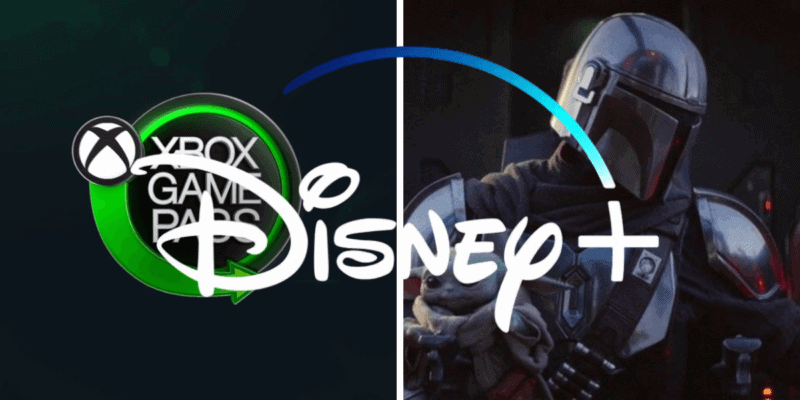 Disney+ has been hitting the promotions hard as the streaming service aims to ramp-up subscriptions ahead of its first anniversary on November 12.

Related: Could These ‘Star Wars’ Projects go to Disney+?

Clearly, Disney didn’t want to stop there, continuing to tap into the gaming market to capture new subscribers for Disney+. It was announced yesterday that Disney+ will be included free for thirty days for Xbox Game Pass Ultimate users.

A few days ago, Xbox took to Twitter to tease the marketing campaign:

All we're gonna say is that we're not posting The Mandalorian and The Child for no reason pic.twitter.com/LK5iDuzDcn

This got viewers excited as The Mandalorian is an obvious plug for Disney+. Here is the official announcement from Xbox Game Pass Ultimate and Disney+, which also features everyone’s favorite Mando:

This is extremely interesting as this is the first subscription-in-a-subscription promotion for Disney+. Xbox Game Pass Ultimate is a subscription service that gives users access to over 100 games to play on their console, phone, or PC. Microsoft is making a push to sell subscriptions over selling consoles. You can read more about Game Pass on the official website here.

We will have to see how this subscription-in-a-subscription promotion will work for Disney+ and Xbox Game Pass.

Let us know what you think of this Xbox and Disney+ Promotion in the comments!

Comments Off on Xbox Game Pass Ultimate Teams Up With Disney+