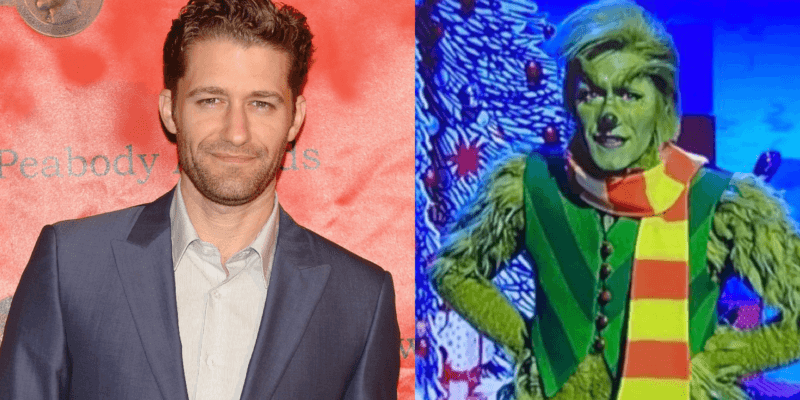 NBC is gearing up for the holiday season with a brand-new lie musical event, Dr. Seuss’ The Grinch Musical! and rather than waiting several weeks for us to see the new musical, NVC is airing it next week on December 9th!

Glee star Matthew Morrison will be playing the title role and you can check out the preview below:

On Wednesday, December 9, we're taking you on a trip to Whoville.

The classic children’s book How the Grinch Stole Christmas! has become a staple in many homes over the festive period and the musical version with lyrics by Tim Mason and music by Mel Marvin has also been beloved by families for years. Hit songs include “You’re a Mean One, Mr. Grinch” and “Welcome Christmas” and it’s going to be interesting to see how Matthew Morrison takes on the character and breathes new life into the story.

Other cast members that will be joining Matthew include Denis O’Hare from Big Little Lies as old Max and Booboo Steward who is most famous to Disney fans for starring in Descendants 3.

Some fans have been less than favorable on the new look for The Grinch and have been sharing some amusing reactions to the initial look we’ve seen:

I’m pretty sure Matthew Morrison as the Grinch is a war crime pic.twitter.com/RhwR5YLb2U

It’s going to be interesting to see how NBC showcases the story of the reclusive Grinch who plotted to steal Christmas given the initial fan reaction. If there’s one thing we’ve learnt at ITM it’s not to take initial looks too seriously, we will be tuning in next week to see how this one plays out!

Remember that if you’re one of the lucky ones that are able to make to Universal Orlando in the coming weeks, you can meet The Grinch in person!

Are you looking forward to seeing Matthew Morrison playing The Grinch? Let us know in the comments below!