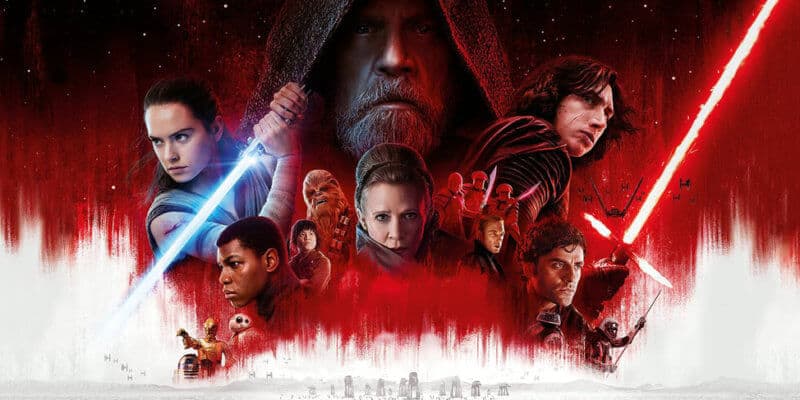 There is a rebellion brewing among Star Wars fans. While the sequel trilogy made by Disney’s Lucasfilm was controversial from the start, it appears that one fan has decided to take matters into their own hands and started a petition to retcon Episodes VII: The Force Awakens, Episode VIII: The Last Jedi, and Episode XI: The Rise of Skywalker, and replace them with a new sequel trilogy.

“Ever since Disney took over Star Wars, have failed to live up to it’s potential with the Sequel Trilogy. Plenty of fans, including me have been disappointed with them. Force Awakens was dumb and could be boring at times but had potential for a great sequel which turned out to be Rian Johnson’s dumpster fire known as “The Last Jedi”.

That not only let down millions of fans, but killed the Star Wars franchise, especially right after Rogue One’s Success. I think it’s time to revive Star Wars with the remake the Sequel Trilogy based on a script my uncle wrote, which would be completely different and aim towards a 2022 or 2023 release. It would have no Rey, no Finn, and no Kylo Ren. There would be the New Jedi Order and the against the Sons of Vader and the New Empire.

Please sign this petition and tell all of your friends about it to save Star Wars. You could find my uncle’s ideas on MyCast and see who I think should be cast as he wants me to play Luke’s son and put me in charge of casting.”

This does not seem to be a popular rebel alliance, as the comments section shows this petition to be at least 8 months old, and only just over 870 signatures at the time of this article’s publication.

It appears that the creator of the petition updated it with a link to a GoFundMe page two days ago with more details surrounding his new and improved sequel trilogy idea, where those who share his disdain for the new films can further contribute to the cause. However, the GoFundMe has since been removed.

Meanwhile, Lucasfilm has turned its immediate attention to other aspects of the Star Wars universe with the continuation of The Mandalorian, as well as an untitled Boba Fett movie.

Read More: Could These ‘Star Wars’ Projects Go To Disney+?

Do you think that Lucasfilm should re-do the prequel trilogy? Why or why not? Let us know in the comments!