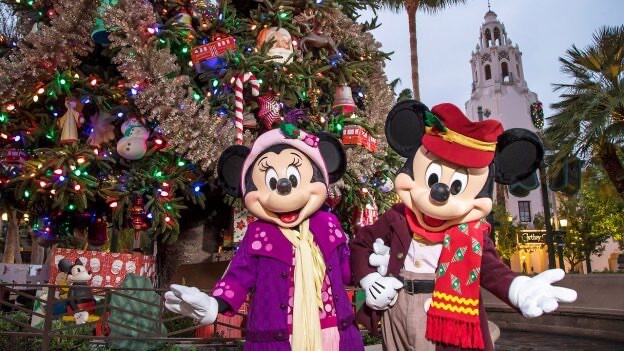 The Disneyland Resort recently announced that they would be expanding their shopping and dining at Downtown Disney to Include Buena Vista Street inside Disney California Adventure. This will be the first time that Guests will be able step foot inside a California Disney theme park since March of this year.

Both Disneyland and Disney California Adventure Park were closed due to the ongoing pandemic. However, while still complying with health and safety protocol, the resort has been able to reopen their Downtown Disney District for retail and dining.

Now, other Southern California theme parks are starting to expand their shopping and dining experiences within the gates of their parks. While operating in a safe manner, Disney will be doing the same. And we couldn’t think of a better place to expand than inside DCA.

Disney California Adventure —  much like Knott’s Berry Farm, who just concluded their Taste of Fall-O-Ween Festival and has a Holiday Festival currently on sale — has more open areas to allow for open and outdoor seating and dining, when compared to Disneyland Park. Later on, after Buena Vista Street reopens, many believe it could be a good idea for DCA to expand. We think DCA could have great success with hosting a food festival of its own even though the theme park can’t fully reopen.

Why can’t Disneyland host one? It could be simply a matter of space and placement. Due to the narrow walkways and because of how narrow Main Street currently is, a food festival or dining event would prove to be very difficult. Areas like Main Street and its surrounding shopping and dining areas may not allow for nearly as much social distancing than the walkways of Disney California Adventure.

If placed correctly, there could be plenty of food cart options spread throughout the park, just like they are during DCA’s annual Food and Wine Festival. Whereas in comparison, Disneyland’s Main Street is a bit more congested and less spread out. A lot of Disneyland’s retail and dining areas are closely compacted, whereas DCA offers much more open and outdoor seating.

Disney California Adventure also has the advantage of hosting events like these before! Annually the park hosts the Food & Wine Festival in the spring time. Later in the year, DCA hosts the Festival of Holidays. And in the early weeks of the year, the park hosts a Lunar New Year event. Each offers different tastings celebrating different cultures.

With a limited amount of food carts well spread out and crowd control, a food festival could prove safe and successful. But how exactly could the resort ensure crowd control and proper social distancing?

In order to do this properly, the resort would have to offer a limited amount of reservations for a tasting festival. For past festivals, the park would offer a Sip and Savor Pass that would give Guests six removable tabs to exchange for individual food or beverage items. If DCA were to host a festival while the theme park is still closed, they could over a pass and reservation together. This would allow Guests to try different tastings and also act as their entry if they put some sort of scannable code, similar to the pass offered at Knott’s Berry Farm.

When it comes to spacing, DCA has plenty! Usually the pier is blocked off in front of the water for live performances. However, in efforts to prevent large gatherings, these performances will most likely be postponed until further notice. This will after a whole new area and opportunity for seating and more spacing to allow for social distancing.

In all, Disney California Adventure would be the best park to offer a food festival! Knott’s, Universal, and even Six Flags Magic Mountain are starting to have limited reopenings for the holidays and we think Disney should too. This could just be the Christmas miracle we need! But even if they wait until 2021, DCA could still pave the way for an expanded food event with its wide open walkways and precedent for food festivals.

Note: Disney has not said that they will bring a food and wine festival to DCA after Buena Vista Street opens. But we’re staying hopeful, and we think it would be a great idea!

What do you think? Does Disney California Adventure provide more opportunities for Guests to visit the park safely during the pandemic? Or do you think it would have been better to open Disneyland for dining and shopping instead? Let us know in the comments!