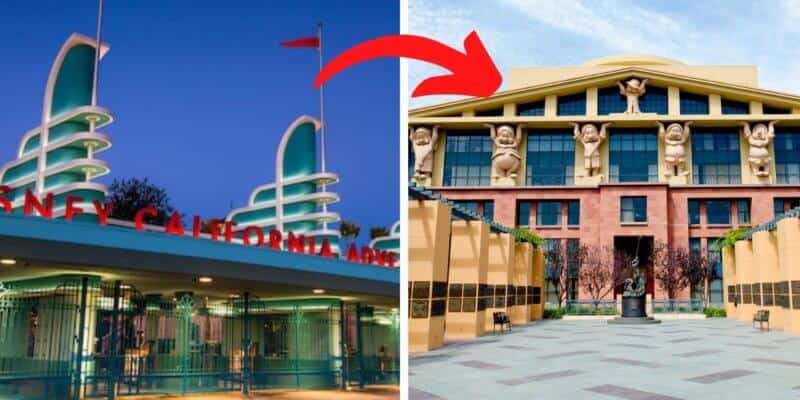 With Disneyland Resort continuing it’s current closure, many Guests have been curious to know what has been happening within the parks, and if it will look the same once Governor Gavin Newsom allows Chapek to open up the gates. Well, it seems that one iconic bench has left Disney California Home and is now finding a home in Glendale.

Disneyland Resort has actually been working very hard during the closure, doing 20 major updates between Disneyland and Disney California Resort, so Guests should expect to see some big updates once they return to the parks. But, for now, it seems like Disneyland Resort has has to rid itself of fan-favorite popsicle stick bench, but we are happy to hear that it is not being tossed into the trash.

If you are a Disney World visitor, you likely know of the popsicle stick benches being the fun chairs you want to relax on before you get in line for Slinky Dog Dash in Toy Story Land at Disney’s Hollywood Studios. If we hop to the west coast, interestingly enough, these benches never found a home in Pixar Pier, even though they fall under the Pixar realm at Disney World.

The benches were originally found in A Bug’s Land in DCA, but with that lands closure to make way for Avengers Campus, many Guests were wondering if the colorful benches were going to be tossed aside.

Thanks to Reddit user Jonky Jonkerson, we can see that the popsicle stick benches have found home down the street from Walt Disney Studios at the Grand Central Creative Campus a.k.a. what Disney employees like to call, GC3.

For those who don’t know, the Disney Examiner explained the Glendale Creative Campus as a place that, “houses many Disney operations, specifically those tied to digital. Disney Interactive calls the place home, as well as Disney Consumer Products (and Interactive Media). The place itself feels very modern to match the things that happen around there, too. Lots of glass, metal, and woods are used in a lot of the buildings. Around the $2 billion campus, you’ll find small Disney touches like a deconstructed Mickey Mouse water fountain, and life-sized Disney Infinity figures. There’s also an employee-only Disney Store and their very own Starbucks.”

So, although we were sad to see A Bug’s Land leave Disneyland, we are very excited for the new Marvel inspired land of Avenger’s Campus to one day (hopefully soon!) open up and pull Guests into the MCU, plus it’s nice to know that an aspect of the land will continue to live on Disney property!

Do you think A Bug’s Land was ready to leave DCA?

Comments Off on Amid Closure, This DCA Prop Relocates to Walt Disney Studios