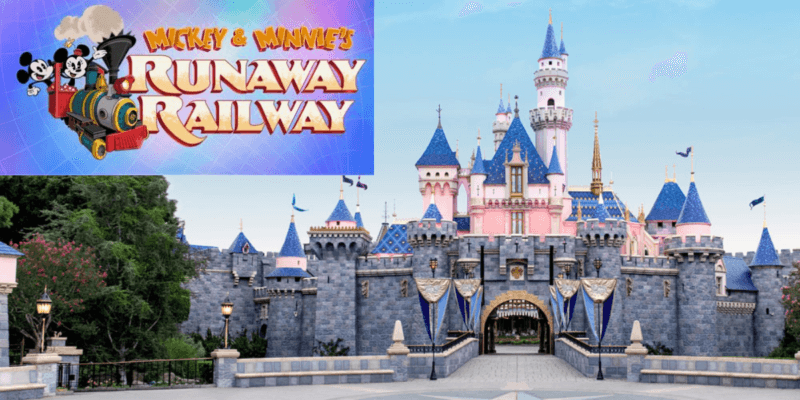 As Rafferty explained the ride’s back story and history, it became more and more clear how important it is to include this attraction in the Disneyland Resort in Anaheim, California.

“It was very daunting and exhilarating and challenging all at the same time,” he said, “because creating Mickey and Minnie’s first-ever ride-through attraction was a lot of fun.”

Rafferty also said that inspiration came from two places: the first was new series of Mickey and Minnie cartoon shorts (the comedy, design style, music, etc.) and the amazing accomplishments that the scenic illusions group at Walt Disney Imagineering has been perfecting for the last decade. That team is led by Imagineer Charita Carter.

“The technology and theatrical magic was there to enable us to tell the story and immerse our guests into that world,” he said.

Rafferty explained that he crafted the ride’s storyline along with Robert Coltrain. Together the duo created attractions like Radiator Springs Racers and Toy Story Mania.

You can watch the full interview here as well as a guided virtual ride-through with Rafferty himself below!

Throughout the ride, the lead Imagineer shared some important easter eggs that Guests will find in the ride, which really showed how important it is for Disneyland to also get this Mickey and Minnie inspired attraction.

Two of the most iconic examples of Easter Eggs include the train whistle — which is important because it is the same steamboat whistle from “Steamboat Willie” — and the inclusion of Mickey’s first ever line in any sound cartoon, “Hot Dog!” in one of the scenes in the attraction. Also, it was shared that the attraction drops the same street name in the big city scene as the one on Imagineering’s address. The format of it being a train ride is also significant to Walt Disney loved trains.

This is Mickey and Minnie’s first ride-through attraction, harking back to their first sound cartoons. The first ride with Walt’s beloved characters needs to find its place at Walt’s first theme park. With the amount of history and callbacks to Disney culture in this attraction, it is only fitting that this attraction becomes an addition of the theme park that started it all.

Mickey and Minnie’s Runaway Railway is slated to open in Disneyland Park in 2023.

Want to start planning your next Disney vacation? Our friends at Academy Travel are standing by ready to help you make this trip the most magical yet.