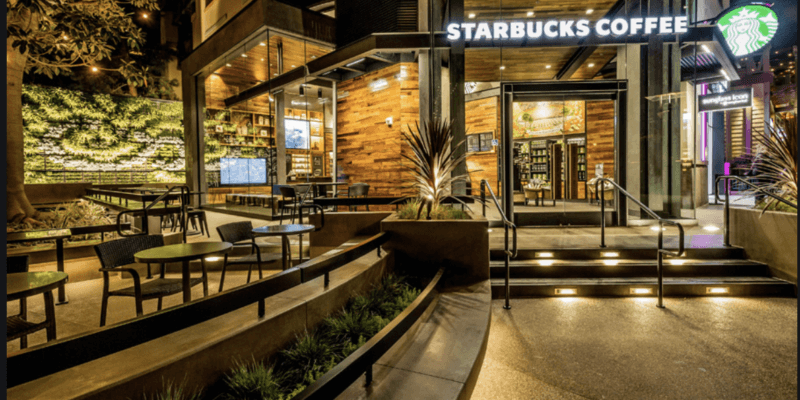 While this is terribly unfortunate news for impacted Disney employees this holiday season, some Starbucks workers at Disney Springs are about to have a happier Christmastime.

As per an ABC News story, Starbucks Coffee Company will be increasing wages for baristas who were hired prior to September 14, 2020. Disney-owned ABC shares these details:

Starbucks will increase wages for the majority of its staff starting next month, the company confirmed to ABC News on Thursday.

Beginning Dec. 14, all baristas, shift supervisors and cafe attendants hired on or before Sept. 14 will see a 10% pay increase. Those who have been with the company for more than three years will see an 11% pay increase.

This is a major wage increase for loyal Starbucks employees, including those at both Disney Springs Starbucks locations — the West Side full-service establishment and the Marketplace Starbucks walk-up window. Disneyland Resort’s Downtown Disney District Starbucks location should also benefit from the coffee giant’s new policy.

The Starbucks shops inside of Disney Parks, such as Creature Comforts at Disney’s Animal Kingdom and Fiddler, Fifer, and Practical Cafe at Disney California Adventure Park, are licensed stores that are not required to adhere to Starbucks’ normal aesthetic requirements. It is not yet known if the wage increase will also apply to these types of Starbucks locations.

“[the company provides] industry-leading benefits with a total compensation approach that is best-in-class for both part and full-time employees. Continuing in that tradition, this announcement is the next phase of the company’s commitment to ensuring the well-being of partners with one of the most significant investments to hourly pay in the U.S. in the history of the company…”

All Disney shopping district and Disney Parks Starbucks restaurants offer the lattes, blended frozen Frappuccinos, traditional coffee drinks, and baked goods that Starbucks locations around the world are known for.

What do you think about Starbucks increasing employee wages? Are you more likely to get your coffee from a Starbucks location next time you’re at Disney Springs or Downtown Disney?