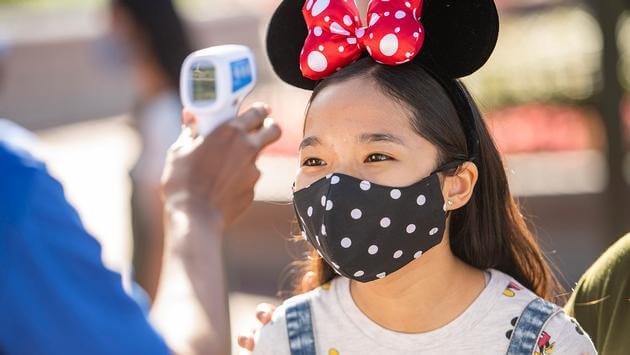 Anyone in the world right now, whether you love Disney or not, is aware of the hardships many businesses are facing due to the ongoing pandemic. Disney, being a leader in theme park, film, and television entertainment, has had eyes glaring their way as they have begun to ramp up their theme parks and productions with cases on the rise. Now, it seems that Disney is taking their precautions one step further and will be investing $1 billion dollars into safety measures for the duration of 2021.

COVID-19 and measures to prevent its spread impacted our segments in a number of ways, most significantly at Parks, Experiences and Products where our theme parks were closed or operating at significantly reduced capacity for a significant portion of the year, cruise ship sailings and guided tours were suspended since late in the second quarter and retail stores were closed for a significant portion of the year. We also had an adverse impact on our merchandise licensing business.

In addition, at Studio Entertainment we have delayed, or in some cases, shortened or cancelled, theatrical releases, and stage play performances have been suspended since late in the second quarter. We also had adverse impacts on advertising sales at Media Networks and Direct-to-Consumer & International. Since March 2020, we have experienced significant disruptions in the production and availability of content, including the shift of key live sports programming from our third quarter to the fourth quarter and into fiscal 2021 as well as the 2 suspension of production of most film and television content since late in the second quarter, although some film and television production resumed in the fourth quarter.

As our businesses reopen we have incurred, and will continue to incur, additional costs to address government regulations and implement safety measures for our employees, talent and guests. The timing, duration and extent of these costs will depend on the timing and scope of the resumption of our operations. We currently estimate these costs may total approximately $1 billion in fiscal 2021. Some of these costs may be capitalized and amortized over future periods.

In terms of theme parks, Disney has gone above and beyond to ensure Guest safety. Although Disneyland Resort is not yet open, even CA health and safety officials have given the regulations and precautions the parks are taking a green light. Disney World is removing Guests who do not comply with their mask policies, all Disney parks are running at a reduced capacity, with reduced offerings to prevent Guests from crowding together, and in Orlando, there has yet to be an outbreak that has come from Disney World.

That being said, we have seen what will happen if COVID-19 cases are out of control in Paris. Disneyland Paris has had to close down after opening due to the country returning to lockdown. Although that was out of Disney’s hands, creating a safe environment for Guests can aid to ensure that if cases surge, it is not due to Disney Parks being open.

The Walt Disney Company has also taken a pretty strong hit in their production department. That is because all Disney productions are currently having actors and crew members continuously COVID test while shooting, but if a production ever has 1 positive test, the entire thing needs to close for 2 weeks. To start and stop a production repeatedly costs an extremely large amount of money, so to do whatever is needed to prevent that, even at $1 billion dollars, will likely save the company time and money in the end.

With Disney+ being the “bright spot” for Disney at the moment, it is imperative that safety on set runs smoothly.

It will be interesting to see what further measures are put into place with the extra $1 billion dollars. Considering Disney is ready to spend half of its current loss ($2.4 billion) on health and safety shows us that the companies main concern is currently safety. The optics for the situation also look good to future Guests who may be on the fence on if they want to plan, or keep their existing Disney reservation for 2021 — knowing Disney is spending that much on preventative measures does help ease the stress of traveling during this time.

Do you think Disney is doing enough in terms of health and safety measures at the moment?