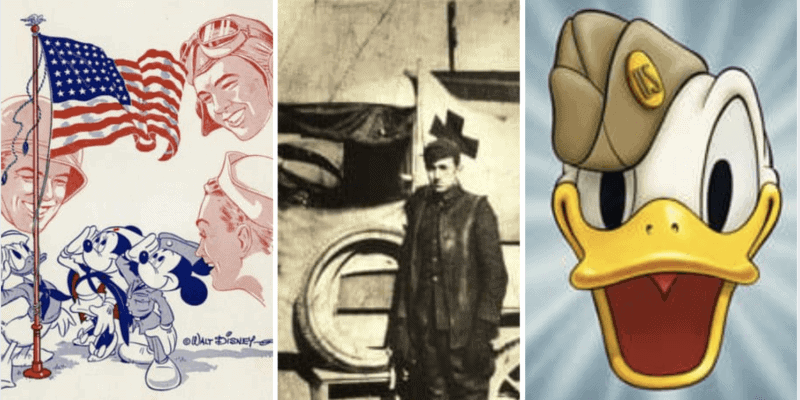 In fact, Walt Disney himself once said:

Tomorrow will be better as long as America keeps alive the ideals of freedom and a better life.

Related: Disney Parks Military Tickets: What to Do if Your Tickets May Expire Soon

The museum recently announced its reopening — which took place on November 5 — following a lengthy closure as a result of the ongoing pandemic. This will be the first major exhibition to be installed since the pandemic started, making it that much more meaningful.

To reach artists from the veterans’ community, The Walt Disney Family Museum partnered with Veterans Alley, a non-profit mural project in San Francisco’s Tenderloin District. Artist, Navy veteran, and founder of Veterans Alley, Amos Gregory, led this art-making initiative with a peer-to-peer approach. “For over 18 months, I engaged my fellow veterans in the creation of artwork designed to uplift their voices and tell stories unheard by the general public. We worked with three distinct communities of veterans: African American veterans living in the San Francisco Bay Area, rural veterans served through the VA Medical Clinic in Eureka, California, and deported veterans. While utilizing techniques influenced by the New Mission School of artwork, we expanded our work from primarily creating murals to include painting on canvas and other more traditional methods of art-making.”

“We are honored to feature the important and powerful work of Veterans’ Alley, and we are extremely grateful to the Sharon D. Lund Foundation for their generous grant that made an exhibition at this scale possible” says Kirsten Komoroske, Executive Director of The Walt Disney Family Museum. “Along with our next major special exhibition, The Walt Disney Studios and World War II, our goal is to expose museum visitors—both in person and in the virtual space—to the creativity and individual experiences of both our local veteran community and the community that remains abroad.”

If you are local to the San Francisco Bay Area and you would like to see the latest Walt Disney Family Museum exhibit in-person, Veterans’ Voices: Painted Realities will be located in the Lower Lobby Gallery. Admission will be free for active and retired military personnel, as well as their spouses and dependents. Valid ID is required.

Are you from a military family? How has Disney’s commitment to the military impacted you personally?