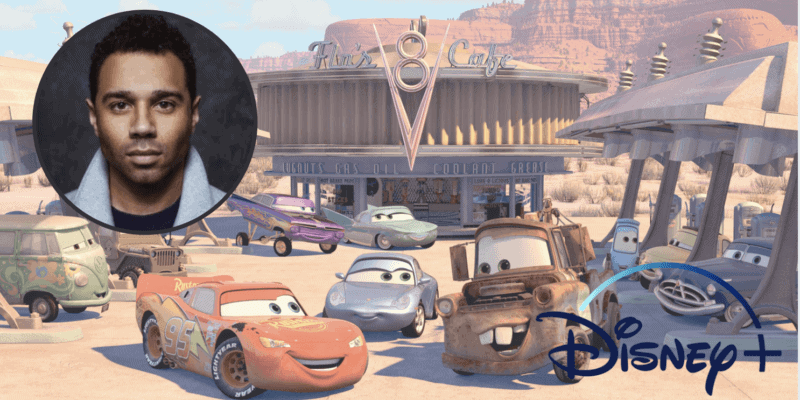 Now, the actor is reportedly set to star in a new Disney+ series.

According to Bleu’s IMDB page, he is currently filming Cars: The Series for the Disney+ streaming platform. Bleu is listed as Cam Spinner, a character who briefly appeared in Cars 3. The World of Cars Drive-In Fandom wiki features this description of the Pixar character:

[he] is a racing stock car of Piston Cup high-tech next-generation cars. He has a blue livery, with white stripes on his hood, spoiler, roof and side backs and racing number 31 painted on his roof and doors. He has the Lightyear racing tires. He has blue eyes.

Few details are known about Cars: The Series and Disney has not made an official announcement regarding the series. It’s IMDB page, however, lists a 2021 debut and the following cast members in addition to Bleu:

The storyline of the series is not clear, but it will clearly take place after Cars 3, since characters like Cruz Ramirez and Cam Spinner are set to appear.

No director or production team for the series has been confirmed at this time. However, if we take a look at the films, John Lasseter directed Cars and Cars 2, while Brian Fee made his directorial debut for Cars 3.

With The Walt Disney Company’s new focus on the Disney+ streaming service, it is unsurprising that they are looking to bring more of their popular animated franchises, including Pixar’s Cars characters, to the platform. Stay tuned to ITM for all the latest news about Cars: The Series.

Are you excited about the possibility of Corbin Bleu making his Disney return as a Cars character?