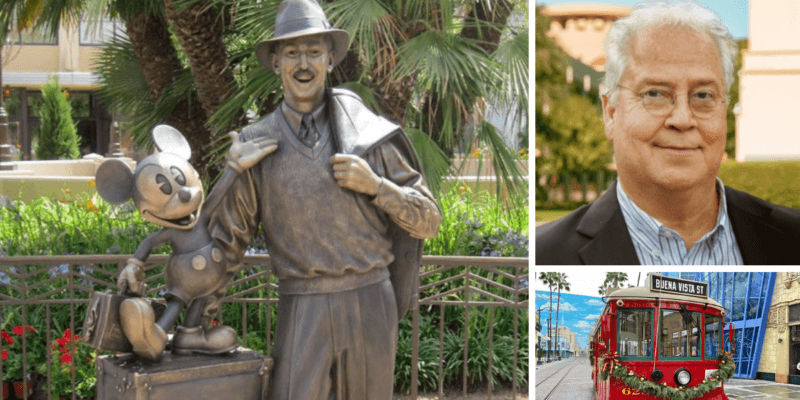 Today is a momentous day for both the Disneyland Resort and Walt Disney Imagineering President Bob Weis.

As Disneyland Resort Guests were finally able to walk down Buena Vista Street at Disney California Adventure park for the first time in eight months, Weis was awarded the Buzz Price Thea Award for a Lifetime of Outstanding Achievements by the Themed Entertainment Association.

Throughout his over-30-year tenure with Walt Disney Imagineering that has taken him to Tokyo, California, and to Shanghai as a creative executive, Weis was a part of the team that transformed Disneyland’s second theme park and made Buena Vista Street what it is today.

In an interview with D23, Weis took a moment to talk about the significance of Buena Vista Street, not just for the park but for Disney culture and history as a whole.

“I really do love Buena Vista Street because we thought, well, if Main Street is Walt’s memory of his youth and growing up, then Buena Vista Street could be his memory of when he first came to the West Coast and started what we know as the Disney company today. So we were able to do Los Angeles and Hollywood from that era when Walt first was starting this Studio, starting with that sense of optimism. It really starts the park off with a tremendous amount of warmth and excitement, and having the bronze statue of Walt (as younger Walt) there at the end of the street where people can really stand right with him, put their arm around him, pose with him—it really is something a lot of people love.”

While all of the attractions at Disney California Adventure are still closed, Buena Vista Street and several of its shops and restaurants will be open as an extension of Disneyland’s Downtown Disney District daily starting at 10 am and closing at 8 pm (and at 9pm on weekends). Click the link below to get a glimpse of the magic that awaits you.

Craving your next Disney vacation? Our friends at Academy Travel are standing by ready to help you make this trip as magical as possible. Click here to get started and to receive your free, no-obligation quote today!