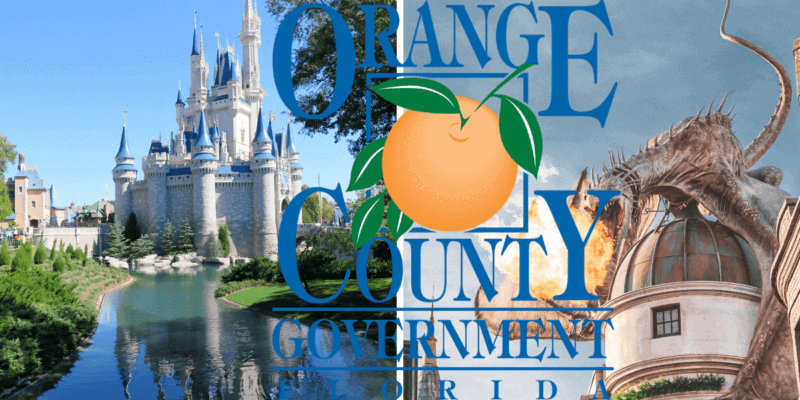 Since reopening, major theme parks in Orange County have put into place health and safety regulations to ensure that both guests and employees are being kept as safe as possible.

Orange County Government has been sending out strike-teams to evaluate local businesses and ensure that they are following the CDC guidelines for a safe reopening.

If Disney or Universal are found not compliant what will happen? Will they have to pay a fine? Or simply update their operations to meet the correct standards and be evaluated again… Or could they be shut down by the local authorities?

“So far over 3,600, to be precise 3,620, different business sites have been visited,” said Orange County Mayor Jerry Demings.

Mayor Demings gave an update on the county’s strike teams on Monday that are working to ensure businesses are being compliant with CDC guidelines — most recently focusing in on businesses along Goldenrod and Curry Ford Road.

“In addition to smaller businesses, the strike teams will be once again visiting major theme parks unannounced very soon.”

Mayor Demings says the strike teams have been going out for more than two months.

It appears as if the strike teams don’t have as much power as you would think. Here is what the strike teams’ scope and purpose as described on the official Orange County FL website:

Orange County’s Business Compliance or “Strike Teams” are responsible for visiting businesses throughout the County and helping them achieve compliance through the implementation of proper workplace guidelines and procedures. They will educate business owners and provide face masks and hand sanitizer, if necessary.

Related: Is Disney Going to Bring Back Fingerprint Scanning at Parks?

Since both Universal and Disney have already been evaluated by the strike teams at least once, and no news has come of it, it is safe to assume they were both in compliance. As the strike teams do not seem to hold as much power as we would think, it would be more of a poor PR look for the theme parks if they were found not compliant.

No outbreaks of the coronavirus have been tied to either Disney or Universal since they have reopened.

We will have to wait and see what happens to the theme parks for the next evaluation.

What do you think about the strike teams evaluating the theme parks? Let us know in the comments