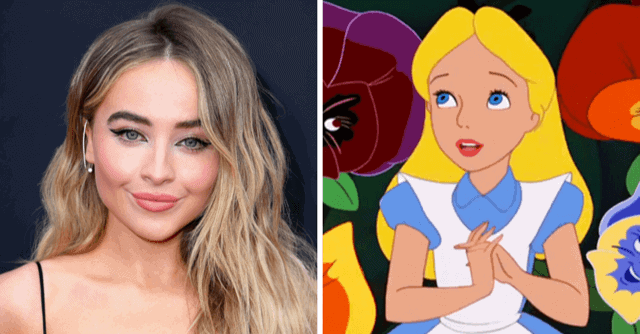 Lewis Carroll’s Alice in Wonderland has taken on many forms throughout the decades. Disney itself has embraced the famed story in both animated classic and a live action version. Now, Netflix will be taking on the wonderful tale of Alice in Wonderland with former Disney star Sabrina Carpenter as the lead!

Netflix along with the At Last Productions company is bringing Alice in Wonderland to your home screen. As we’ve learned from ComicBook.com, this version will take on a whole new interpretation of the Carroll and Disney classics.

The modern take on the film will showcase former Girl Meets World star Sabrina Carpenter as Alice. In these modern times, Alice finds herself at a music festival called Wonderland. Not only will Carpenter star in ALICE, but also she will be credited as a producer for the film. With this film being a musical, we are sure to get plenty of Sabrina’s powerhouse of a voice that made her a star on Broadway.

About a year ago, we reported on Netflix having an Alice in Wonderland and The Wizard of Oz crossover film in the works. However, it seems like Netflix and the film’s concept creators decided to go in a different direction, yet similar concept.

Related: “Alice in Wonderland,” “The Wizard of Oz” crossover may be in the works at Netflix

This isn’t Carpenter’s first film with Netflix. The actress appeared in Tall Girl. She also appeared in a dance movie Work It, in which she starred alongside other Disney star Jordan Fisher. Netflix’s ALICE should be an interesting take on what’s considered a Disney classic. We can’t wait to see how this film develops.

What do you think about a modern musical take on Alice in Wonderland? Let us know in the comments!