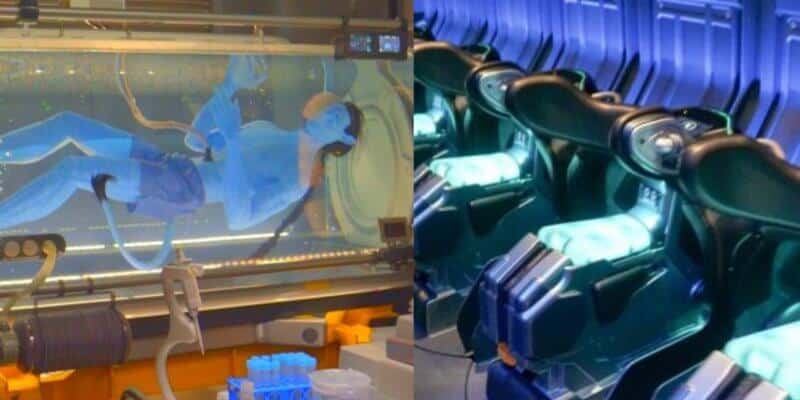 When it comes to innovation, Disney is always one step ahead. From attractions like Rise of the Resistance at Disney’s Hollywood Studios to the newly opened Enchanted Tale of Beauty and the Beast in Tokyo Disneyland, Disney is continuously creating experiences that are one of a kind.

It seems like Disney is gearing up to possibly create some new kind of technology that will advance the way they use holographic and avatars in their parks. Recently, four patents have been filed by Disney Enterprises, Inc. that discuss the new technology, and we are going to look at each patent to see what this could mean for Disney.

The first patent seems to be for a holographic display. When we look deeper into the patent, it seems that this may be for the spectacular submerged Avatar figure that we see in the queue for Avatar Flight of Passage in Pandora – The World of Avatar at Animal Kingdom.

The patent goes in depth about creating a higher form of holographic technology that created 3-D objects without the use of 3-D glasses. It’s hard to believe that this Avatar could get any better, but it seems like Disney might be finding a way to make it more life-like. This is speculation on our end, but the figures in the patent point towards the Avatar to be the holograph in question.

This patent title only continues to cater to the theory that the patents being filed are related to the Avatar Flight of Passage queue figure. This patent reads:

The Avatar in the queue for Flight of Passage is in a darker space, but its not night by any means. In order to function correctly, it’s holographic design would have to be visible during the day since lights are on in this queue. Plus, how many “floating” holograms do you know of at Disney?

A third related patent was filed to help deal with perceptual data. The patent reads:

This seems to be another sensor to help create a 3D image that the mind can read as true. Again, still speculation, but when you look at the Avatar, it perceives to be very life-like and is able to move slightly in the water without ever breaking human-like flow or rhythm. 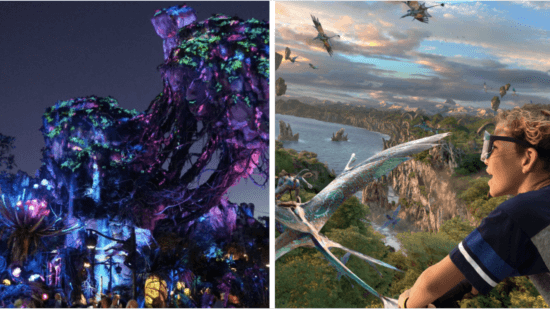 The fourth permit seems like it would be related to either the first of the Linking Chamber rooms, or the screen on your ride vehicle which scans your face on Avatar Flight of Passage. In both instances, since this is where a sensor reads your face and creates you into an Avatar. The new patent could signify that the technology for this part in the attraction could become more accurate and Guests may look more like their Avatar. Currently, the resemblance that occurs between you and your Avatar is often not too accurate.

The present disclosure is related to a method to generate user representative avatars that fit within a design paradigm. The method includes receiving depth information corresponding to multiple user features of the user, determining one or more feature landmarks for the user based on the depth information, utilizing the one or more feature landmarks to classify a first user feature relative to an avatar feature category, selecting a first avatar feature from the avatar feature category based on the classification of the first user feature, combining the first avatar feature within an avatar representation to generate a user avatar, and output the user avatar for display.

Walt Disney World Resort has also recently filed a permit for “General Construction” to be done at 471 West Savannah Circle in Disney’s Animal Kingdom theme park. Knowing this address, Disney Guests can make the assumption that the construction work is likely to take place in Pandora – The World of Avatar. If this is correct, then these patents may be somehow related to the permit if it is indeed linked to Avatar Flight of Passage.

Stay tuned to ITM to learn if Flight of Passage will be updated in the future. Now all I can think about is getting on my banshee so I can, uh, fly!

Do you think these patents are for Avatar Flight of Passage at Disney World? Let us know!