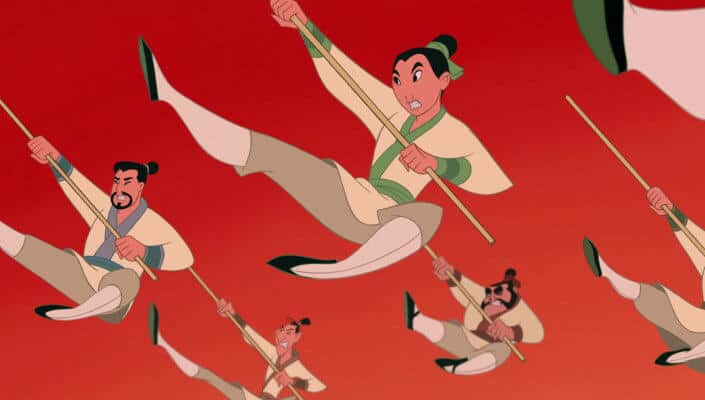 One of the greatest disappointments of the Mulan live-action remake is that it omits the original’s most iconic tune, “Make a Man out of You.”

Fortunately, a talented Disney fan is here to help with a fantastic cover of this iconic tune.

YouTuber Alexander Juhan went above and beyond by composing an incredible cover of Make a Man out of You.

The orchestral Mulan song cover uses traditional Chinese instrumentation that would’ve been perfect for the new movie. It’s very high energy with a lot of percussion and an emphasis on strings. There are so many instruments used in the creation of this orchestral arrangement. Let’s take a listen!

We love what Alexander has done with the song. It’s all at once epic, nostalgic, and fierce, just like Mulan herself.

Mulan 2020 has a real focus on respecting and representing Chinese culture and traditions, but many fans feel it fails to recapture what made the original so great. “Make a Man Out of You” is a fan-favorite Disney song, and including an incredible orchestrated version that uses traditional Chinese instruments would’ve given us the “best of both worlds.”

There is a lot to like about the new movie, especially its focus on action and Chinese culture. However, many fans can’t help but wish director Niki Caro had included this iconic tune somewhere, even as mere fan service. The Donny Osmond original is beloved for a reason and is considered the quintessential montage song by many.

From the minute it was announced that it wouldn’t be a musical, Mulan 2020 had already disappointed some fans. Many could forgive the absence of Mushu and Shan Yu, as well as the film’s more action-orientated story and darker tone. However, some felt that removing some of the most iconic Disney songs around was a mistake.

A number of Mulan fans were hopeful that the songs could return in the form of orchestrated versions and they somewhat got their wish.

The film notably incorporates melodies from “Reflection” into a number of its tracks, as well as “Honor to Us All.” Sadly, arguably the animated film’s most beloved song just didn’t make the cut.

At least fans can enjoy Alexander’s Mulan song cover and imagine how epic it would’ve been to see it incorporated into the live-action movie. In the meantime, check out the rest of their work right here.

What do you think of this song? Let us know in the comments below.