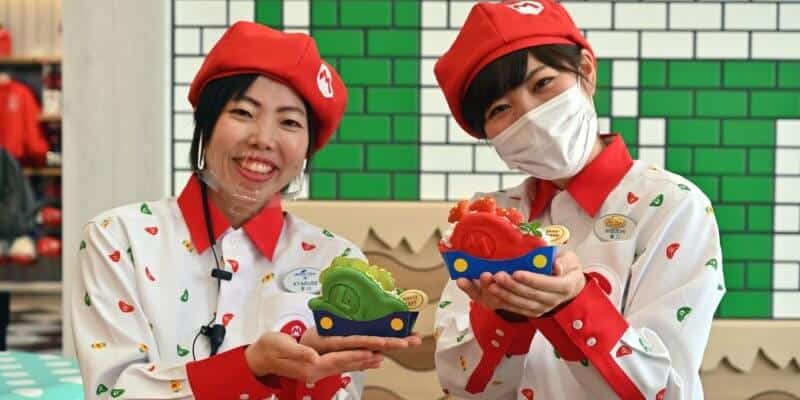 Earlier this month, Universal Studios Japan announced that it would be opening a Mario Cafe and merchandise store ahead of the grand opening of its highly anticipated Super Nintendo Land which is set to open in 2021. 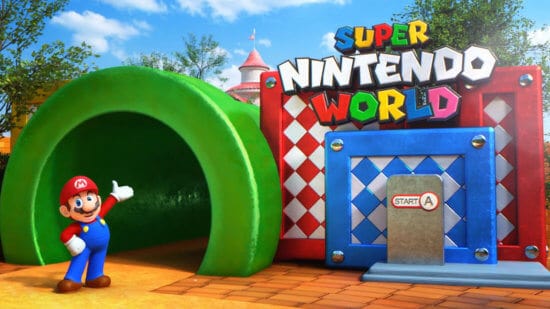 Nearly as quickly as the locations were announced, they have opened up for guests and we have photos from famitsu.com to share with you that showcase their grand opening:

The grand opening of The Mario Cafe:

A look inside at the menu:

A close up of the incredibly themed food that is offered at this immersive Nintendo cafe:

This special mushroom sipper is also available for purchase at the Mario Cafe. Fans of the Mario franchise will be jumping over Koopa Troopas to get their hands on this. And, if this is the level of merchandise we can expect in the rest of the land once it opens next year, I think we can all go ahead and get REALLY excited!

That’s enough of the Mario Cafe — let’s jump into the merchandise store!

We have found these pictures on social media to share with you. The Mario themed shop is adjacent to the new restaurant.

Thank you to twitter user @6d6f63869 for sharing these photos! You can find the original Twitter thread below.

Luigi has his very own section of merch:

Of course, you cannot forget the iconic Princess Peach:

All of this merchandise looks amazing! We cannot wait to see this in person. Could we see it sooner than we think?

We already know that Universal Orlando Resort is supposed to get its own Super Nintendo Land expansion. While plans for its location, Universal’s Epic Universe have been put on hold indefinitely due to the pandemic, could we see Universal Orlando receive its own Mario Cafe and merchandise store? It is certainly possible.

While we are purely speculating here, Universal Studios park in Orlando shares the same identical stores as Universal Studios Japan, in their Hollywood sections of the parks. With Universal Orlando confirmed to be receiving Super Nintendo Land, they may want to start cashing in on the Mario franchise and getting guests excited for what’s to come in the future.

Only time will tell if Universal Orlando will receive a Mario Cafe and Merchandise store ahead of their Super Nintendo Land opening.

We will keep our fingers crossed!

What did you think about Mario Cafe? Let us know in the comments!

Let us help you plan your next trip to a Universal Resort!

Comments Off on Mario Cafe at Universal is OPEN! Could it Come to Orlando Soon?