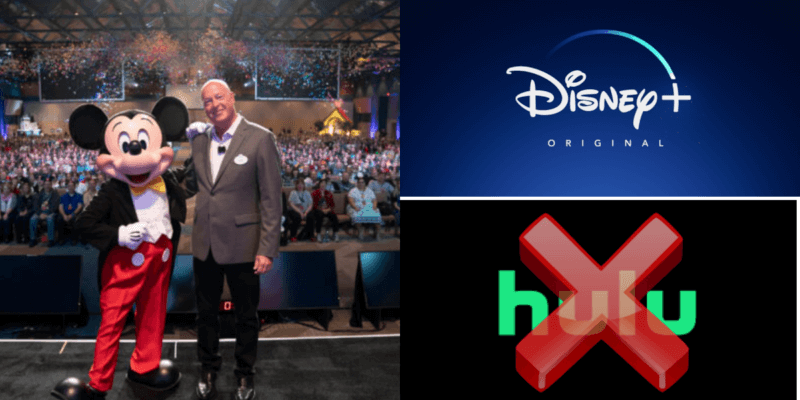 The Walt Disney Company has decided to restructure its business to make direct-to-consumer streaming the primary focus with Disney+ at the lead, and it looks like Hulu will be at the rear, left out completely of international plans. The reasoning: money.

Bloomberg reports that Hulu approached Disney with a proposal for foreign and overseas expansion, but Disney turned it down. Instead, Disney decided to go partner with Star – Disney’s Indian media subsidiary and an already well-known and popular brand in South East Asia – to create a whole new general entertainment service.

Hulu’s expansion proposal would have cost $4 billion minimum while it was already losing over $1 billion a year. On top of that, Disney still has unfinished business with Comcast Corp. Disney agreed to buy out Comcast’s 1/3 stake in Hulu. Currently, that share is worth $9 billion and while it could shrink as Disney invests more in programming, the agreement guarantees Comcast $5.8 billion. Bloomberg also states that international expansion would boost Hulu’s overall value and, in turn, Comcast’s final payout.

“The irony is the more you pump up Hulu, the more Disney has to pay in hard cash to Comcast, which I’m not sure they want to do,” said Michael Nathanson, an analyst with MoffettNathanson LLC. “If I was them, I’d be really leery of creating more value right now.”

Neither Disney nor Hulu decided to comment on the matter. Hulu’s meteoric rise — at least, domestically — was thanks to an experiment conducted in a joint venture with NBCUniversal and Fox. Disney joined two years later.

It was a test to see how their viewers would react if they put their best shows on the internet for free. It was thanks to access to shows from NBC, ABC, and Fox that Hulu was able to outgrow Netflix. But then the experiment began to backfire. Suddenly having free access to their favorite shows, viewers began to abandon traditional television and the very channels that made Hulu’s founders money.

Then in 2011, not wanting to expand to a market that already had their channels, Hulu decided to try and expand to Japan. It struggled from the start and then failed.

“I’d say it was a mistake,” Jason Kilar, the company’s former CEO, said in a recent interview. “One of my biggest regrets was not being able to persuade the board of Hulu to go international.”

Hulu has begun to change direction and add its own original programming like The Handmaid’s Tale, and Ramy, and has become a partner to Disney+ becoming home to shows that don’t necessarily fit Disney’s “family-friendly” domain. But it appears to be too little too late in the global sense.

“The big break in some sense is that Hulu didn’t work,” Netflix Inc. co-founder Reed Hastings said in an interview earlier this year. “For a variety for reasons, not because of us, Hulu drifted. It never became the big force. Those companies all delayed their own individual efforts because Hulu was their effort.”

Hulu continues to be one of the top streaming services in the United States. While Disney shut down its chances to go abroad, it will be interesting to see the domestic plans Disney has in store for this platform.

Do you currently stream on Hulu? Let us know in the comments below.