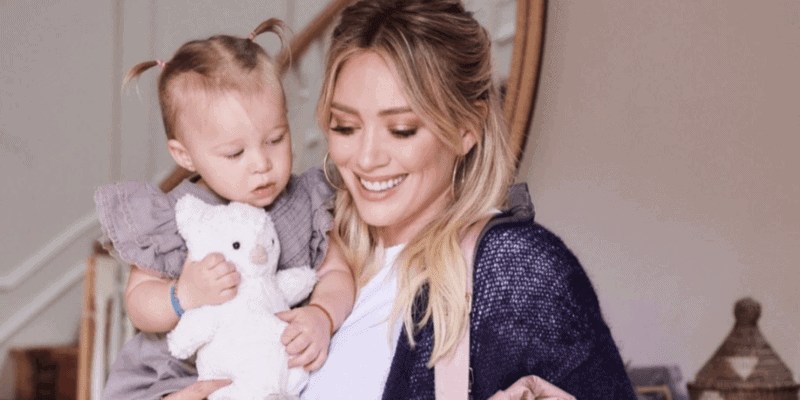 Former Disney Channel star Hilary Duff, best known for playing the title role in Lizzie McGuire, has announced she is pregnant with her third child.

This afternoon, Duff announced the pregnancy on her Instagram page with a Boomerang that showed off her baby bump.

Duff captioned the social media post, “We are growing!!! Mostly me…”

She did not confirm her due date or other details about her pregnancy. Duff was set to star in a Disney+ reboot of Lizzie McGuire, featuring the popular character as a 30-year-old living in New York City.

Due to the coronavirus pandemic and other factors — including concerns about whether the show should stream on the Hulu or Disney+ platform — production on the Lizzie McGuire revival has currently stalled.

“I’m still talking to [the team] weekly, I don’t know. They were shooting, and then everything was put on hold. And we’re just kind of figuring out if we can make this happen. But there were plans for a lot of people to be in the show. So, um, I already know some of those things, but I don’t know about Paolo. I think she’d probably be pretty mad to see him.”

In a more recent July update, she shared:

For now, it sounds like Hilary Duff and her family have enough on their plate with the impending arrival of a new baby! The ITM team congratulates Hilary, husband Matthew Koma, and children Luca and Banks.

Sign up for our newsletter below to make sure you don’t miss the latest news about the Lizzie McGuire series reboot!