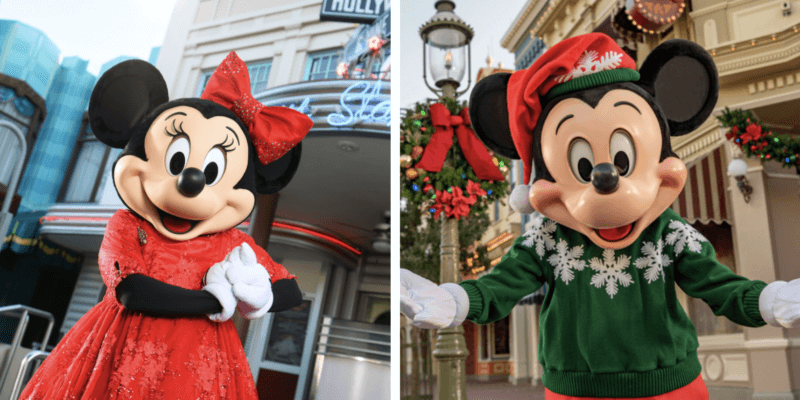 Walt Disney World Resort has just announced that all four of its theme parks will be offering extended hours for Guests to experience the magic this holiday season! Check out details about Magic Kingdom, Disney’s Hollywood Studios, Disney’s Animal Kingdom, and EPCOT below.

Magic Kingdom — the Resort’s “castle park” — will have its hours significantly extended multiple days throughout the holiday season this year.

Via these screenshots taken from the Disney World park hours calendar, we can see that Magic Kingdom’s new holiday hours are:

Magic Kingdom Park will also be open from 8 AM – 10 PM from December 20-30. New Year’s Eve’s shortened hours have not been extended at this time.

Disney’s Hollywood Studios will also be open longer in December! The park, which rarely offers extended hours, will be open an extra hour — until 8 PM — from December 20-30. Again, at this time it will still close at 7 PM on New Year’s Eve.

Disney’s Animal Kingdom will also stay open late — two hours later than usual — and open one-hour early from December 20-30. Park hours will be 7 AM to 7 PM until New Year’s Eve:

Finally, EPCOT is offering later hours — until 9 PM or 10 PM, depending on the day — throughout the holiday season. If you have any questions about theme park hours, get in-touch with a Disney Cast Member for assistance.

Although Christmas celebrations at Walt Disney World Resort may look a bit different this year, Disney is still going to be making magic for their Guests throughout the holiday season!

Are you going to be enjoying Disney World this Christmas season? Tell us what you’re most looking forward to about 2020’s Disney holiday celebration in the comments and, as always, subscribe to our newsletter for the latest Disney Parks updates!

Let the Academy Travel experts help you plan your next magical vacation to The Most Magical Place on Earth!