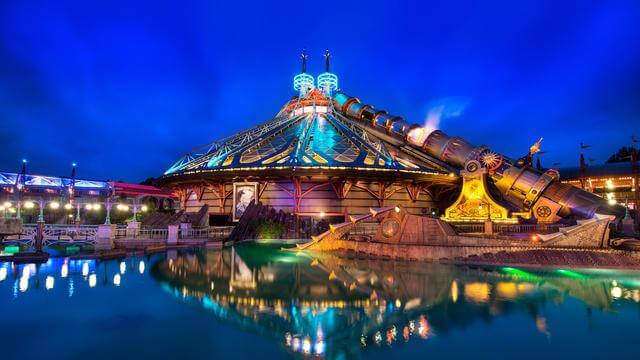 Disneyland Paris has taken a step back in its implementation of more virtual queues in its theme parks, eliminating the Standby Pass option on its mobile app.

First implemented in both theme parks on October 6–less than two weeks ago–the system announced was temporarily suspended in order to make improvements for Disneyland Guests. At this time, there is no word on when (or if) it will return.

After a couple weeks of operation and testing, Standby Pass has been removed from the official app for the time being. pic.twitter.com/RmD2gaxUJE

The Disneyland Paris website describes the Standby Pass as the following:

The new Standby Pass is a free service, available from 6 October 2020 via the official Disneyland Paris app. During certain periods of the day, you will need to reserve a Standby Pass to be able to join the queue for some of our most popular attractions during a specific allocated 30-minute time slot (subject to availability).

How does it work?

How to know if you need to reserve a Standby Pass

If Standby Pass is not activated for your chosen attraction, simply join the queue as normal!

During certain periods of the day, you will need a Standby Pass for the following attractions if the service is activated:

This virtual queue system is very similar to the Boarding Groups for Rise of the Resistance at Star Wars: Galaxy’s Edge in place right now at the Disneyland Resort in Anaheim, California and the Walt Disney World Resort in Orlando, Florida.

Planning your next trip to Disneyland Paris? Our friends at Academy Travel are standing by to help you make your next Disneyland vacation as magical a trip as possible.

Do you think there should be more virtual queues implemented at Walt Disney World? Why or why not? Let us know in the comments!