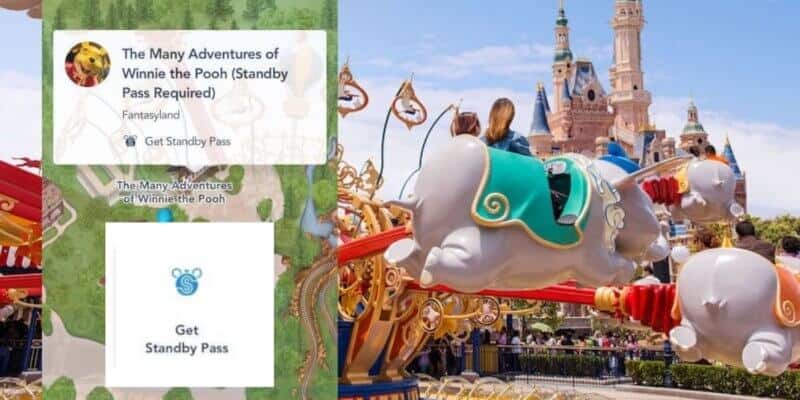 As both Walt Disney World Resort and Disneyland Resort begin to gear up for their phased reopening in the U.S. with their virtual queue system for attractions, Disney Parks have already began rolling out virtual queues in other parks across the world.

We recently reported that Shanghai Disneyland began to implement a Disney Standby Pass at its theme park, which allows guests to join a virtual queue. At first, the Standby Pass was only being utilized for The Many Adventures of Winnie the Pooh attraction in Fantasyland, but now it looks as though the Disney Park is expanding its Standby Pass for more attractions.

The Shanghai Disneyland app has now been updated to read this message:

A Disney Standby Pass is an online reservation tool that may reduce your physical wait time in the attraction queue, thereby enhancing your overall park experience.

How to use a Disney Standby Pass?

Disney Standby Passes will be released in the Official App on an hourly basis during times of the day when there are long attraction wait times. Each Disney Standby Pass corresponds to a return time window for you to arrive at the attraction entrance. The quota for each day is limited and will be allocated on a first-come, first-served basis.

The Standby Pass being implemented in Shanghai Disneyland is very similar to the Boarding Groups system which is currently in place for guests wanting to ride the popular attraction — Star Wars: Rise of the Resistance — at Star Wars: Galaxy’s Edge in both Disney’s Hollywood Studios at Walt Disney World Resort and in Disneyland.

Do you have an upcoming Walt Disney World or Disneyland Resort vacation? When will you be traveling? Let us know in the comments.

Comments Off on Disney Expands Virtual Queues With Standby Pass