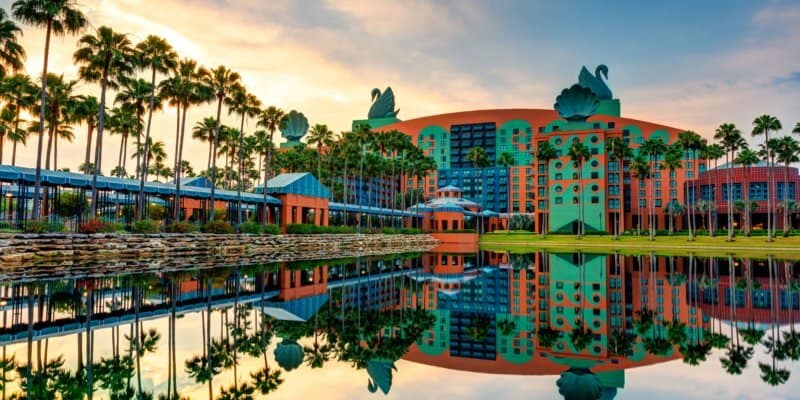 The Walt Disney World Swan and Dolphin Resort is being sued in Florida federal court because the resort refused to allow a 2,200-person conference to be canceled amid the ongoing pandemic.

A new report by Law360 states that Cambridge Investment Research, Inc., sued the Walt Disney World Swan and Dolphin Resort on Wednesday because the Swan and Dolphin “won’t agree to nullify a contract for it to host a conference with 2,000-plus attendees even though COVID-19 makes it ‘illegal, impossible or impracticable”‘for the firm’s conference to go forward.”

The research firm was supposed to originally hold their conference at the Swan and Dolphin in September of this year, but allegedly, after the firm spoke with the resort’s representatives, “it became clear that the conference could not be held there.”

As COVID-19 case numbers rose in Florida — and as the reopening of the resort was unclear, the Iowa-based research firm took action to attempt to cancel their conference. Cambridge notified the hotel in writing that it was terminating the contract under its force majeure provision, according to the lawsuit. At that time, the Swan and Dolphin had not yet reopened.

However, even though the reasoning for the cancellation of the event was due to the ongoing pandemic — at the time, Florida’s COVID-19 case numbers were among the highest in the United States, and they even peaked a month later — the research firm is still contractually obligated to pay $1.1 million in cancellation fees. So, Cambridge took the Swan and Dolphin to court.

Stay tuned to Inside the Magic for updates on this story, and subscribe to our newsletter below for more information on Walt Disney World Resort.