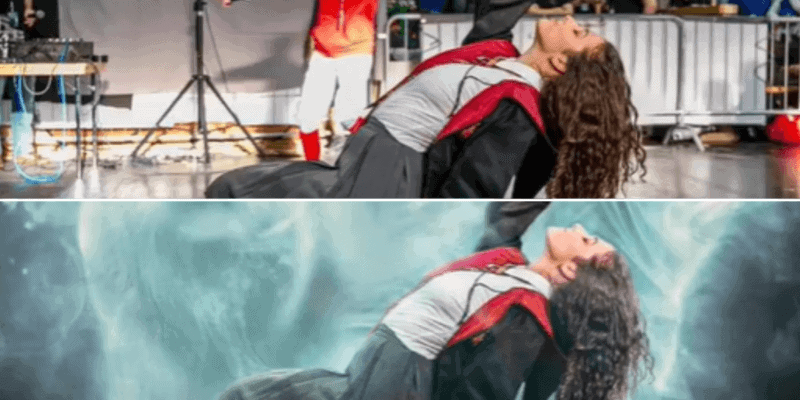 With the rise in popularity of social media and Disney Parks, the two have gone together better than Peanut Butter and Jelly.

We've rounded up photos of Mickey's ulti-mutt pal Pluto visiting Disney destinations around the world! ? Where have you spotted Pluto? Share your favorite photos with us now using #DisneyMagicMoments ✨! #NationalDogDay #InternationalDogDay

Sleeping Beauty Castle at Disneyland Park and Cinderella Castle at the Magic Kingdom in Walt Disney World have become some of the most “Instagrammed” spots in the world. Even walls at Disney Parks have become hotspots for snapping a picture with your new Disney shirt on.

When you visit Disneyland, you’re usually taking the average photo of you and your family with arms around each other in front of the Millenium Falcon, but there are dozens of people in the background (boo!).

The last thing you want to see in a proposal picture in front of Cinderella Castle is some sweaty dude eating a turkey leg.

That dream is a reality with the Instagram user @bloody_good_photos digitally retouching your park snapshots and sprinkling a little Disney magic into them.

Seany, the owner of the account, takes you on a behind-the-scenes look at how they’re digitally remastering people’s pictures and turning them into timeless pieces of work.

Related: Visiting Disney World for Christmas? Here Are the Hours!

Come on, how cool is that! For the moment, they’re doing this magic-making for free, but we wouldn’t be surprised if clients start contacting them from all over the world.

On top of that, @bloody_good_photos is making sweet beats that go along with their photoshop tutorials that are blowing our minds! Finally, someone is using their awesome talents to put smiles on people’s faces, rather than just trying to make a profit.

Didn’t have a lightsaber for your snapshot in front of the Falcon? No worries! Seany is somehow adding a hand and lightsaber in this Star Wars fan’s photo to make sure the Force is present with this youngling.

Oh, my dragons! This looks better than most photo opportunity spots at theme parks. And this Harry Potter fan wasn’t even in Diagon Alley at Universal Studios Orlando! Now that’s some serious talent.

“You were right about one thing, Master…the negotiations WERE short!” @z.4.tw This is the most amount of #photobombers I’ve ever removed in a #photoedit so I wanted to include a process breakdown video. #galaxysedge #milleniumfalcon #lightsaber #starwars #batuu #blackspireoutpost #theforce #darkside #ps_swipe #disney #disneyworld #disneyland #photomanipulation #photobomb #photobombed #learnphotoshop #photoshop #aftereffects #disneylife #beforeandafter #jedi #smugglersrun #photoshopedit #cosplay

Now this one is blowing our Jedi robes right off of us! Somehow, @bloody_good_photos removed nearly 100 people from this sweet picture of these Star Wars fans, and they added a glowing effect to their lightsabers!

Related: You Can Now Build Lightsabers at Savi’s Workshop AFTER the Park Closes

This just goes to show that there are still people out there trying to spread some Disney magic during such a dark time for the company and fans across the globe. We can’t wait to see what’s next for magic-makers like Seany!

Are you going to get your photos digitally retouched by this person? Let us know in the comments below!