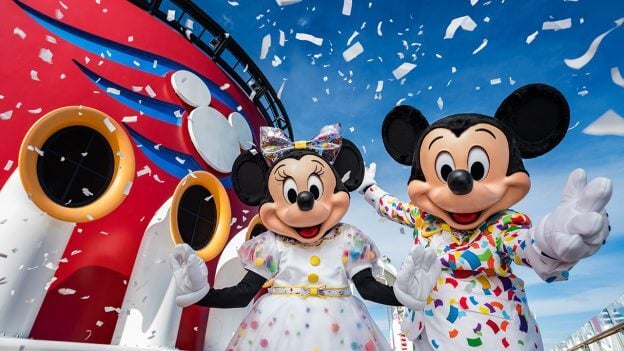 Some European cruise ships have returned to sailing recently, giving U.S. vacationers a glimpse at what could happen when the CDC eventually lifts it’s ‘No-Sail Order.’ The news, unfortunately, may be grimmer than travelers were hoping.

According to an MSN report about one of the first cruise ships to take to the Mediterranean Sea again:

One of the first large cruise ships to resume sailings in the Mediterranean since the coronavirus-caused worldwide halt to cruising in March is experiencing a significant outbreak of the illness.

At least a dozen crew members on the 2,534-passenger TUI Cruises vessel Mein Schiff 6 have tested positive for COVID-19, according to multiple news outlets in Greece.

Mein Schiff 6 had just begun its third sailing around Greece when the outbreak came to light.

The article also noted that this could impact domestic cruise lines in the United States:

The outbreak on the ship comes as Royal Caribbean and several other major lines including Norwegian Cruise Line and Carnival Cruise Line weigh plans to resume cruising in at least some parts of the world as soon as November.

These plans could be halted if the CDC extends its ‘No-Sail Order’ again due to what has happened in Europe. At this time, the Order is set to end on October 31 — however, the CDC has already extended it four times, so it is not unlikely that another extension will be added.

Where does Disney Cruise Line fit into this?

For their part, Disney Cruise Line has already canceled sailings on its entire fleet — the Disney Dream, the Disney Fantasy, the Disney Magic, and the Disney Wonder — into December 2020.

If, therefore, the ‘No-Sail Order’ is extended again as a result of the European ship’s positive COVID-19 cases, it may not affect Disney’s ships too much at this time. The length of the CDC’s extension would, of course, play a role in the ultimate impact on Disney Cruise Line.

At this time, Disney has five available cruises spanning from January 2021 – March 2021. All of these are Mexican Baja cruises that sail from the Port of San Diego.

Disney also has additional 2021 cruise itineraries for later in the year.

If you are interested in booking a Disney Cruise Line vacation for next year, let the experts at Academy Travel help you plan your magical trip. Whether you want to set sail for Disney’s private island Castaway Cay in the Bahamas or go on a European adventure to Anna and Elsa’s Norway, they will make sure every detail of your cruise getaway is perfect for your family.