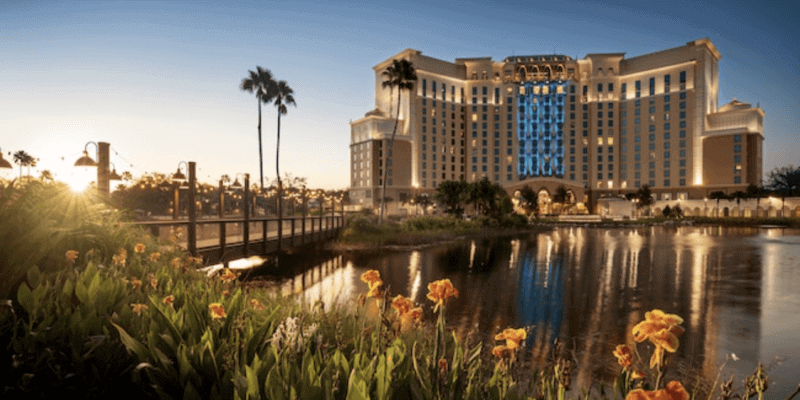 Disney’s Coronado Springs Resort — whose Grand Destino Towers were part of the NBA Bubble — is officially set to reopen to Guests this Friday, October 16.

Related: Everything Reopening at Disney’s Art of Animation Resort Nov. 1

Coronado Springs is a Moderate Disney Resort hotel, although many find that its recent renovations, including its two-story Moorish lobby, verge on having the overall feel of a Deluxe Resort.

Celebrate the unique blend of Spanish, Mexican and Southwest American cultures at the newly re-imagined Disney’s Coronado Springs Resort. This beautiful lakeside oasis offers classic influences, Disney touches and modern comforts to energize and inspire as you delight in an array of new features, eateries and enhancements.
Related: Grand Floridian Is Now Open! Is It Still Worth the Price?

On Friday, several of the restaurants and amenities are set to reopen along with the Resort. These include:

Coronado’s Springs popular table service restaurant, Toledo – Tapas, Steak & Seafood, and it’s El Mercado de Coronado food court are not set to be available on Friday. Reopening dates for those two dining establishments have not been announced at this time.

A variety of other amenities are also set to return to Disney’s Coronado Springs when it reopens Friday. These include:

Worship the sun at an awesome aquatic area built around a 50-foot replica of a Mayan pyramid. Watch water stream down the steps of the massive stone structure into the Lost City of Cibola pool or plunge headlong into it on the spitting Jaguar Slide.

This complex, known as the Dig Site Pool, is also home to the largest outdoor hot tub at Walt Disney World Resort—with room for 22 people!

Coronado Springs will be offering Disney bus transportation to all four theme parks and the Disney Springs shopping and dining district.

Are you going to check out Disney’s Coronado Springs Resort soon? Let us know!

Comments Off on Disney’s Coronado Springs Opens Friday! Here’s What to Expect