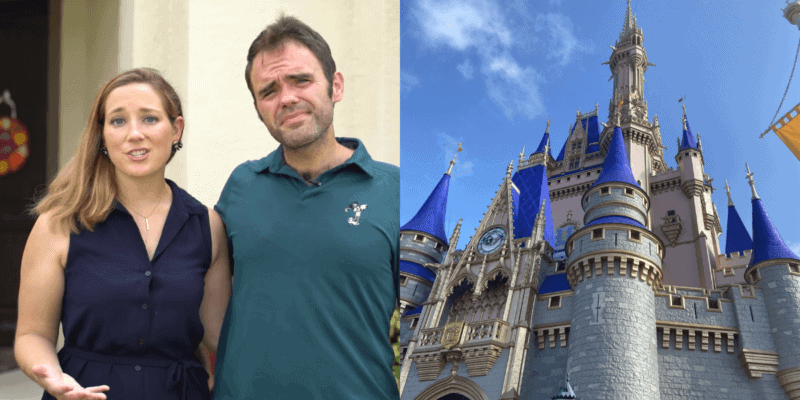 In the wake of Disney’s massive round of layoffs and ongoing furloughs, Cast Members are using whatever real-world magic they can to help co-workers who have fallen on hard times.

Local News outlet Spectrum News 13 reports that Cast Member Betsy Bourne–a Guest Experience Manager a Walt Disney World Resort–and her husband, Conner, have started a GoFundMe to raise money for the ongoing food pantry set up for Cast Members in April by Emily Lartigue. Originally set up to assist furloughed Cast Members after the temporary closure of Walt Disney World, the recent layoff of thousands has increased the pantry’s demand.

On their GoFundMe page, Conner and Betsy wrote the following message:

As many of you know, tens of thousands of Cast Members at the Walt Disney World Resort have been laid off and many have been furloughed without pay since April. My wife and I felt called to practically help our friends, colleagues, and neighbors as we were impacted by the furloughs and know first-hand how much a helping hand means in this time of isolation. We can do more and be more when we are connected as a community.

We decided that this calling could be realized by raising money to give to the Cast Member Pantry.

The Cast Member Pantry has served thousands of Disney Cast & families with healthy and plentiful meal packs. However, with the announcement of the layoffs, the demand for their services have exponentially increased.

After speaking with key members of the Pantry, they shared that the best way to support them is with monetary donations to cover bulk food ordering, facility rental, and logistical needs (packaging for families, safety equipment, etc.)

This fundraiser will be a direct donation to the Cast MemberPantry for them to invest and spend as needed to further their reach and impact.

We will be hosting this fundraiser through the end of the month (October 31), so please give if you feel compelled.

Regardless of the amount that you give, our hope is that we are all blown away by the reach that we are able to accomplish just by giving. Even $1 has an amazing impact.

If times are too tight and there isn’t anything to spare, we would appreciate if you would consider sharing this page on your social media and writing about what being involved in the Walt Disney World community has meant to you.

If you feel led, please share a great memory that you have had at Disney, whether as a Guest or Cast Member.

Finally, if you are in need of community or are feeling lonely, we would be honored if you would check out our church home, Mosaic At Walt Disney World.

Thank you for your consideration, and “Just Keep Swimming.”

They also posted a video which you can watch below:

So far, their fundraiser has collected $4,600 for the pantry.

Contributing to this GoFundMe is just one way that you can help Disney Cast Members in need both in Orlando, Florida, and Anaheim, California. Along with this Cast Member-supporting food pantry–which you can learn more about by going to facebook.com/castmemberpantry–there is also the Second Harvest Food Bank of Central Florida. Second Harvest Food Bank also has a presence in Orange County, California, and you can also donate to a Cast Member Food Bank set up by one of the Cast Member unions, Workers United Local 50. Click the link below to read more about how you can donate to these organizations.

Read More: How to Help Disney Cast Members Amid Layoffs and Park Closures

Do you know anybody who has been affected by the recent layoffs? How do you think people can help struggling Cast Members? Share your thoughts in the comments!