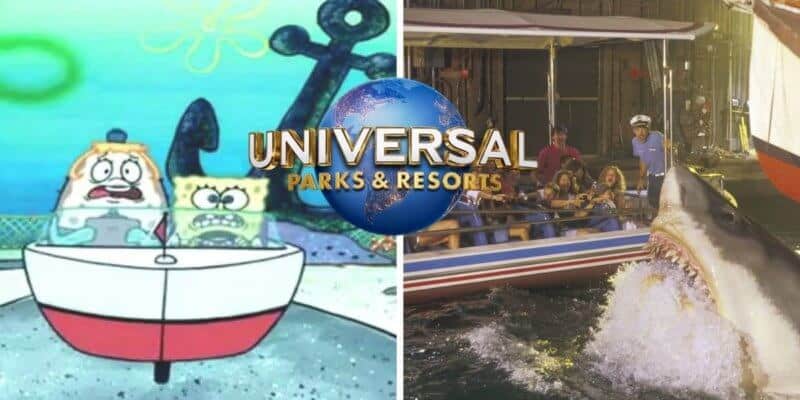 Universal Orlando is filled with several different themed attractions that allow the Guests to be fully immersed as they enjoy the theme park. But there is one thing missing from Universal that Disney has excelled with: slow, non-thrilling boat ride attractions.

From Pirates of the Caribbean to “it’s a small world” to Living With The Land and of course, the newest boat ride based off of the Disney animated hit Frozen — Frozen Ever After — the Disney Parks are filled with a variety of non-thrilling but immersive boat ride attractions.

So what if Universal built a slow boat ride attraction like Disney has? What would it be based on? What elements would it include? Well, one Twitter user @CraftyAshley_ recently took to social media to bring up this fun discussion:

If Universal were to build a non-thrilling boat ride (something like Pirates of the Caribbean or Small World) What would you want it to be?

If Universal were to build a non-thrilling boat ride (something like Pirates of the Caribbean or Small World)
What would you want it to be?

And the responses are so fun! From fun cartoon like ideas including Spongebob Squarepants or Shrek to more intense ride ideas like Creature from the Black Lagoon or Jaws — and of course the obvious, The Simpsons — the Twitter-verse is pouring in fun creative ideas Universal should totally think about moving forward with!

Check out some of our favorite ideas below.

I’ve just always wanted a true Jurassic tour. One that doesn’t get bumped off course or go wrong. I just want it to be a legit safe, calm dino tour. Wouldn’t ever get built as a boat ride at this point but would still be awesome.

Besides the obvious of Jaws… Spongebob like Frozen Ever After tbh

1. The “Dino DNA” tour from Jurassic Park (that Drs Grant and Sadler bust out of) turned raptor attack
2. Casper the friendly ghost haunted house (Disney doesn’t own this concept, Uni could do a new spin)
3. Something scary from Hellboy

Creature from the black lagoon

Related: Universal Orlando No Longer Social Distancing On Some Rides

I would say something of a Small World style dark ride (more like Sindbad's Storybook Voyages from TDS) based off of American Tail and American Tail: Fivel Goes West. pic.twitter.com/6bjHTlg6DX

A Universal Monsters themed dark ride through a European locale. Start in a town with Frankenstein’s monster, forest with Wolfman, swamp with Swamp Thing, etc. Climax in Dracula’s Castle.

Scooby Doo on Zombie Island. Scooby and the gang deserve an attraction.

We are absolutely loving these ideas from Twitter and can only hope that maybe one day, one of these ideas will come to life at Universal.

What do you think Universal should theme a boat ride after? Let us know your thoughts in the comments below.