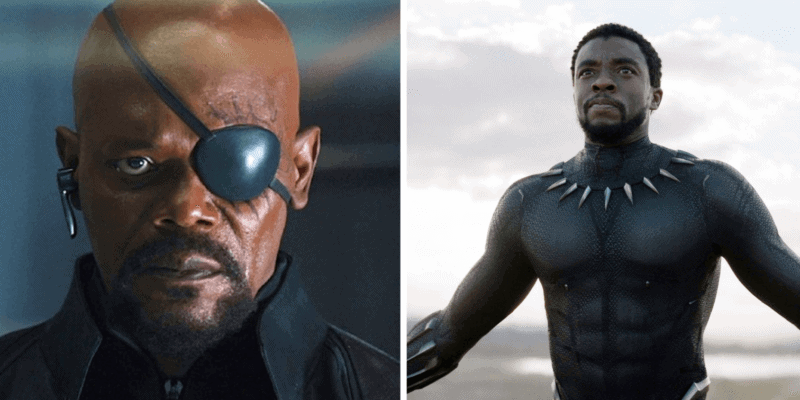 When Black Panther actor Chadwick Boseman tragically passed away last month, Marvel fans and his fellow MCU actors alike were shocked and saddened by the news.

Social media became a flurry of tributes from those who loved Black Panther and those who knew and loved Boseman personally.

In a recent appearance on The Tamron Hall Show, Samuel L. Jackson (Nick Fury in the Marvel Cinematic Universe), shared that he and Boseman had been planning to do another movie project together.

“Yes, it’s sudden to us all. I was trying to remember the last time I’d actually seen Chadwick. And I was talking to Zoe, our daughter about it and it was at the Captain Marvel premiere. We walked and we started talking about another project that I had hoped that we were gonna work on. He was like, ‘I’m sorry, y’all, I’m not going to be there, but I wish we were gonna work together.’ We were talking about it, we had planned it for a while and it was, you know, it’s gut-wrenching, you know, to lose someone that’s such an important part of the culture.”

“In terms of what he became to the world with Black Panther. We all hope when we work that people will remember things that we will do. But he imprinted society in such a way, impacted especially the Black culture and giving kids a hero that they could aspire to. To lose him, I don’t even know if I could tell my kid that. It’s devastating.”

Boseman was recently laid to rest near his hometown at Welfare Baptist Church Cemetery in Belton, South Carolina.

The ITM team continues to send our thoughts and condolences to all those who knew Chadwick Boseman. What do you think about the news that he and Samuel L. Jackson had another film in early development?

Comments Off on Samuel L. Jackson and Chadwick Boseman Were Working on a New Movie