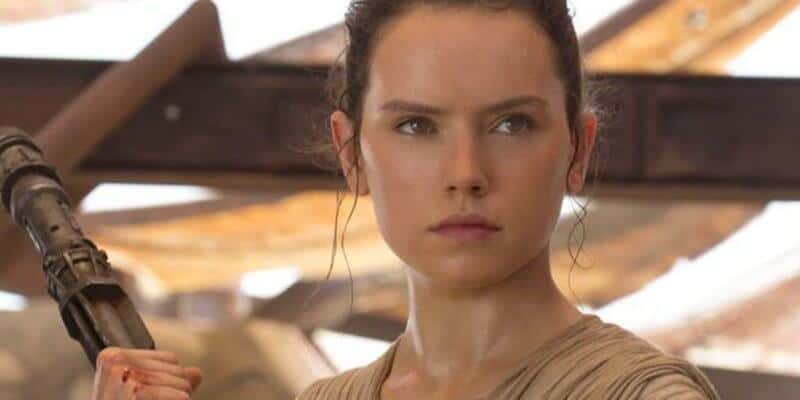 We’ve recently started to learn a bit more about Rey and her yellow lightsaber (a first for live-action Star Wars when it appeared in The Rise of Skywalker) thanks to a new book Star Wars: The Lightsaber Collection.

Here’s the information about her lightsaber:

In the movie, Rey’s lightsaber projects a yellow blade. Although this is a first for live-action Star Wars, the Jedi Temple Guards wield yellow blades in Star Wars animation.

It is this last part that has got the awesome people over at Starwarsnewsnet.com excited about the future of Rey in the Star Wars Universe. Here’s a quote from one of the team:

The yellow blade distinguishes her from other Jedi, suggesting she’s a new protector of the galaxy, since this blade color usually belonged to Jedi Temple guards.  However you interpret this lightsaber design, Rey is more than a Jedi, a guardian, or a last name. And I really don’t think her story is finished, so it’s nice to get better acquainted with this lightsaber.

Related: What order should you be watching Star Wars movies and shows in?

We’d also agree with this statement for several reasons:

Daisy is keen to return

Daisy Ridley is keen to make a return to the Star Wars Universe at some point in the future and has not taken the same route as her costars Oscar Issac and John Boyega.

Fans are keen to see what’s next for Rey and she (alongside her costars) have given the next generation of Star Wars fan a fantastic female icon. We don’t know anyone that wouldn’t want to see Rey take on a new mantle as Guardian and see what adventures come next

Anything is possible in the future of Star Wars

The characters we know and love from the original and prequel trilogy are either dead or off doing something else. The future of Star Wars now completely opens up to allowing writers to do whatever they want with it without worrying about having to keep fans of the original trilogy happy.

This gets very interesting when you think about the adventures that Rey could go on.

What do you think, would you like to see more of Rey Skywalker in future movies? Let us know in the comments below!