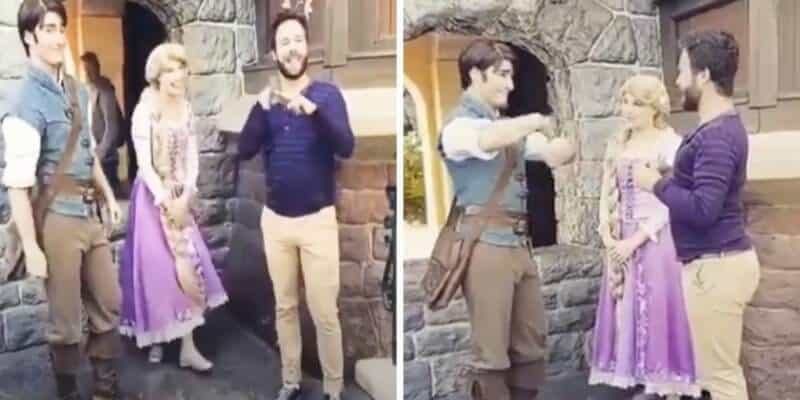 The Disney theme parks are filled with joy, happiness, imagination, and of course, magical moments.

One magical moment that is guaranteed to shed a (happy) tear occurred prior to the parks’ temporary closures. One Guest was excited to meet Rapunzel and Flynn Rider from Disney’s animated film Tangled, as he eagerly but patiently waited for his turn.

Although the Guest was most likely expecting a regular encounter with the Disney duo, little did he know that Flynn and Rapunzel spoke his language — American Sign Language. 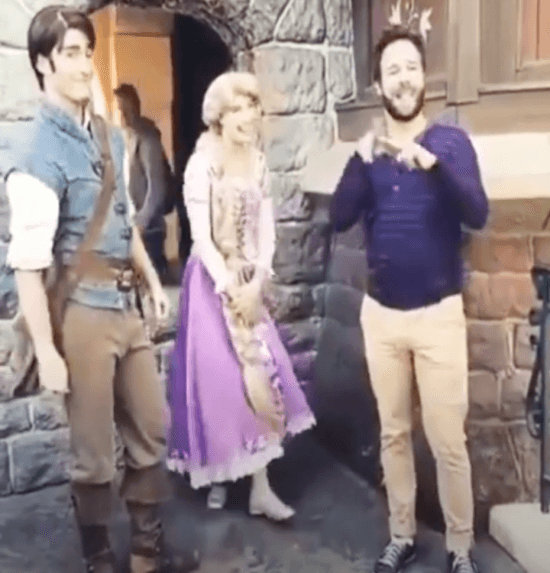 The hearing-impaired Guest began the meet and greet interaction by simply walking up to the Disney duo and giving Flynn Rider a big hug. He then moved onto greeting Rapunzel in a similar manner. But this is when things veer away from your “average” meet and greet.

It didn’t take long before Flynn realized the Guest was hearing-impaired. Flynn immediately began communicating to the Guest by signing to him, in which Rapunzel quickly followed and chimed into the conversation, too. The Guest was almost taken aback, shocked that Flynn and Rapunzel knew American Sign Language and immediately, Flynn signed for the three of them to go in for a big group hug, before continuing their conversation.

Related: VIDEO: Frozen 2’s “Into the Unknown” and “Show Yourself” in Sign Language (ASL)!

You can watch the full, incredible, interaction with Flynn Rider and Rapunzel in the video below.

Isn’t it lovely when face characters use their hidden talents, such as knowing American Sign Language, to communicate with Guests. We know this was 100% a magical moment for this Guest and something he will cherish forever.

Have you ever witnessed or experienced a magical moment like this one? If so, let us know by emailing us at contact@insidethemagic.net! We would love to hear about your special moments within the theme parks — whether it’s a character interaction, a Cast Member spotlight, or something else!