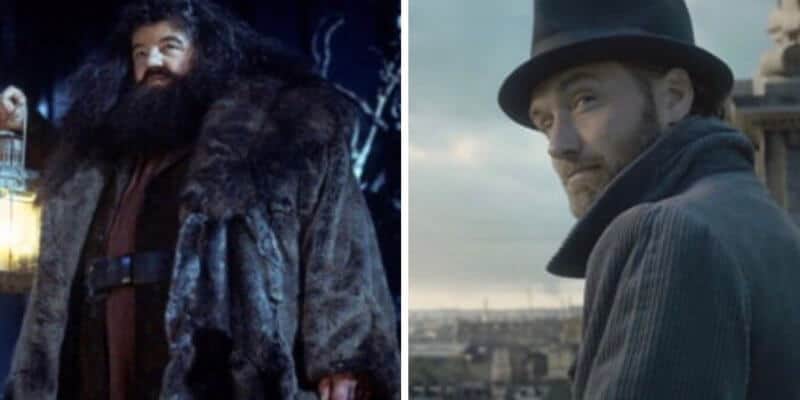 The next installment of Warner Bros.’ Fantastic Beasts and Where to Find Them franchise isn’t set to hit theaters until next winter. However, we are hearing some rumors about casting that could include some Harry Potter characters like Hagrid.

Which Characters Could Return in Fantastic Beasts 3?

According to ComicBook.com, the third film to take place in this wizarding world is rumored to include the return of a young Thomas Riddle. Also rumored to make a return is half-giant Rubeus Hagrid. One of the film’s stars, Dan Folger, was interviewed about this rumor, and here’s what he had to say:

“There could be that Hagrid crossover, which would be very interesting. Is that what people are saying? I didn’t know that. I always thought about that, because I love Hagrid. Who doesn’t love Hagrid?”

Folger even speculated about time-travel that was introduced in Harry Potter: The Prisoner of Azkaban. Folger says,

“With the whole Time-Turner thing, you could really have anybody show up, Hermoine pops in by accident or something, some kind of Easter egg.”

This could potentially be a pretty cool way to be able to revisit some popular characters from the Harry Potter franchise. It could also allow for more films to come for the popular franchise.

Fantastic Beasts and Where to Find Them

Fantastic Beasts and Where to Find Them is part of a series of prequels to the extremely popular Harry Potter franchise. The first film sets the precedent for a whole series of films that will hopefully lead up to where Harry’s story begins. The Crimes of Grindelwald took viewers back to Hogwarts, but in the days of a young Albus Dumbledore. The third installment is expected to take place in Brazil in the 1930s.

Related: Harry Potter Ministry of Magic and Fantastic Beasts To Be Featured In Epic Universe

The currently untitled Fantastic Beasts and Where to Find Them 3 will debut on November 12, 2021.