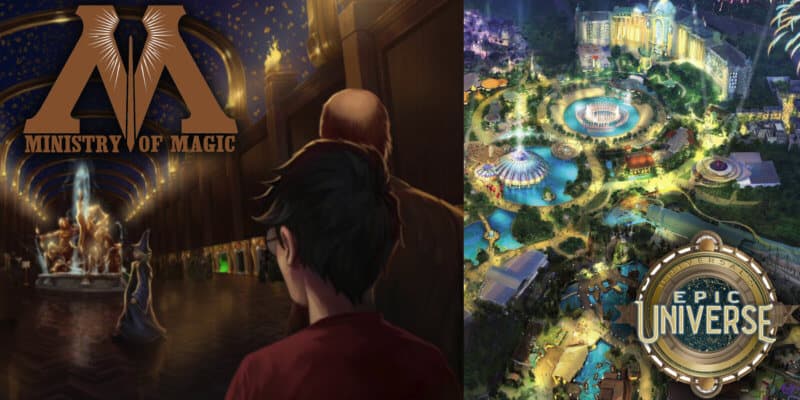 As the construction of Epic Universe comes to a temporary halt, more rumors surface of what’s to be included in the new theme park upon its opening in 2024 — including more Wizarding World experiences. Possibly, the government of the magical community of both Britain and France.

According to a new rumor by Orlando Park Stop, it seems this could be the case as there they say there been talk going on for quite some time saying the new park would include a land or locations from the Fantastic Beasts film series.

Originally, it was believed that the park would include only the French Ministry. However, it seems new rumors are stating the theme park may also feature the British Ministry of Magic as well.

As Orlando Park Stop shares in rumored Epic Universe park plans, pictured below, the British Ministry of Magic can be seen in the left of the image where a themed attraction is rumored to be placed. To the right of this, and the streets leading into the land, these are all believed to be based on Paris and the French Ministry from the second Fantastic Beasts films.

At this time, details regarding the attractions and experiences found in these lands are not solid. But, it’s believed in the British Ministry of Magic attraction guests will enter through a series of fireplaces and make their way down a hall where they will enter a large atrium. Here is where the wizard statues and fountain will be seen from the films and where guests begin to take in the major experiences of the magical government facility.

It’s worth noting that at this time Universal Orlando has not confirmed any of these plans for the construction of Epic Universe.

What are your thoughts on these Harry Potter and Fantastic Beasts-themed attractions possibly being featured in Epic Universe? Let us know in the comments!