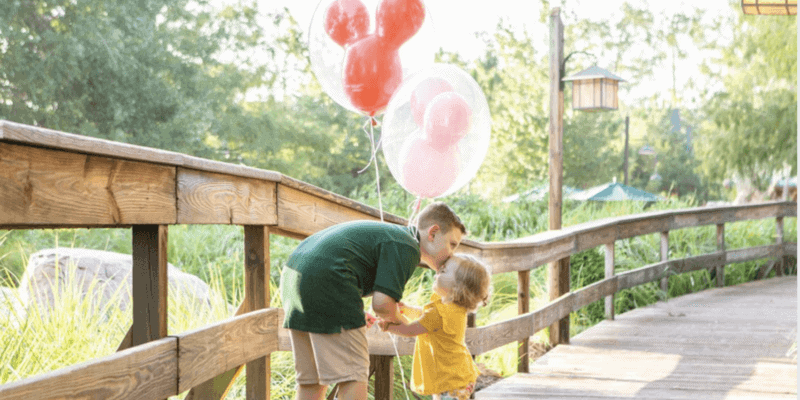 When Walt Disney Company officials began making plans to reopen Walt Disney World Resort in Florida after the COVID-19 shutdown, they were met with a host of difficult decisions. In order to keep both Guests and Cast Members safe, one of the new rules is that Disney Parks Cast can no longer hold Guests’ phones and cameras to take family photos.

This is problematic for anyone who doesn’t want to purchase Disney PhotoPass. Although PhotoPass has some great benefits, including new enhanced Magic Shots, it isn’t for everyone.

An ITM team member spoke to one Orlando-area photographer who frequently does photoshoots for Disney World Guests, including DVC families at their home resorts.

Candi, of Magical Pix by Candi Clark, confirmed that “People can definitely book now!” and that she did three photoshoots on Disney property last weekend alone.

Working with a professional photographer to capture your family’s Disney memories has multiple benefits. For starters, you’ll set aside dedicated time for your photo session, allowing you to really live in the moment during your time in Disney World’s four theme parks – Magic Kingdom, EPCOT, Disney’s Hollywood Studios, and Disney’s Animal Kingdom.

Furthermore, working with a photographer who knows Walt Disney World Resort property inside and out will allow you to capture incredible family memories in locations you might not have otherwise considered!

Remember, it is still important to follow Disney’s new park rules whenever you enter, even if you’re having a professional photoshoot at Disney World. These policies include remaining socially distanced from those who are not in your party and wearing an approved face covering while on Disney property.

If you are interested in booking a session with Magical Pix by Candi Clark, make sure you visit her Facebook page to send a message and view more of her gorgeous Disney family photos!