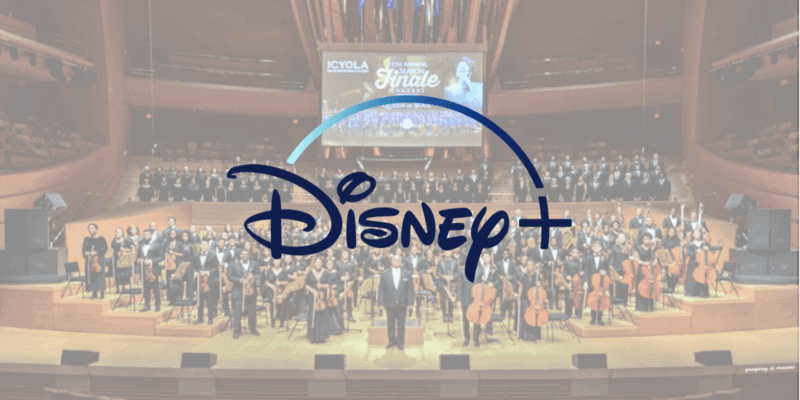 The Inner City Youth Orchestra Los Angeles (ICYOLA) has just announced on social media that Walt Disney Studios is developing a movie about their non-profit organization.

According to a Deadline report about the upcoming Disney+ streaming project:

Disney’s live-action team is in early development on a movie for Disney+ about the Inner City Youth Orchestra of Los Angeles and its founder, artistic director and longtime conductor Charles Dickerson III.

The studio picked up the pitch from writer Bobby Smith Jr (Jason’s Lyric), who will serve as writer and executive producer. Longtime Disney production executive and producer Brigham Taylor (The Jungle Book, Lady and the Tramp) will produce via his Taylor Made Film Productions banner.

Taylor was also at one point tapped to helm Disney’s Sword and the Stone live-action remake.

Although scant details about the Inner City Youth Orchestra Los Angeles movie are available at this time, the Disney live-action team’s involvement indicates that this will be a traditional movie rather than a documentary. No casting information has been released.

We are the Inner City Youth Orchestra of Los Angeles (ICYOLA), the largest majority African American orchestra in America. Founded in 2009, ICYOLA is a California 501(c)(3) nonprofit corporation that transforms the lives and minds of young people in Inner City Los Angeles through high quality music education. It teaches inner city youth the great music of the world, and provides opportunities for them to perform that music in the most magnificent settings of our community. It prepares its members for advanced study and high caliber success in music and otherwise, and instills the ancillary benefits that music instruction provides: problem solving skills, critical thinking, self-reliance, self-confidence, self-discipline, and the crystallization and pursuit of meaningful purpose.

Are you excited to watch Disney’s Inner City Youth Orchestra Los Angeles movie? Who do you think should be cast as ICOYLA’s director?