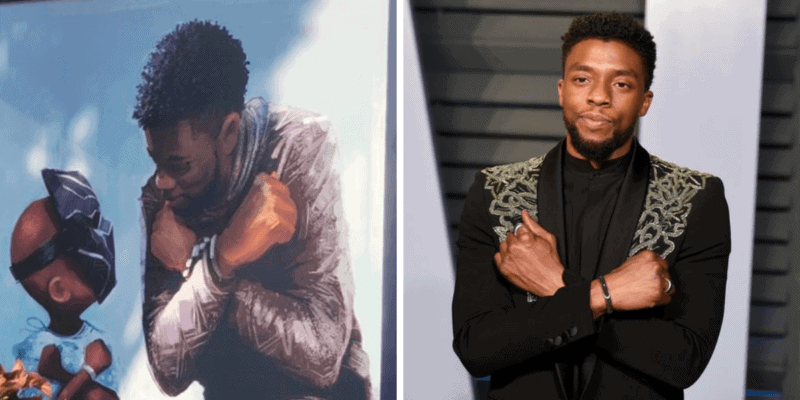 The Downtown Disney District has been gradually reopening since July of this year after being closed for months. To celebrate the life of the late Chadwick Boseman, the district has undergone a big change.

Earlier today, concept artist @Nikkolas_Smith was among the first to see his artwork, “King Chad,” displayed in #DowntownDisney. The art installation pays tribute to ‘Black Panther’ star Chadwick Boseman with the inscription:   “As a former Disney Imagineer, I had the honor of working on a major children's hospital initiative and Avengers Campus as my final two assignments. Seeing Chadwick's heart for people in-person, and later discovering his courageous battle with cancer, I was inspired to create this tribute to honor his life and legacy. To us, he was and will always be T'Challa. Long Live The King.”

A post shared by Walt Disney Imagineering (@waltdisneyimagineering) on Sep 24, 2020 at 10:39am PDT

When first reopened, the district including World of Disney was celebrating Disneyland’s 65th anniversary. The district even displayed a mural of Mickey and Minnie celebrating the anniversary! Now, a truly touching tribute to the late Marvel actor Chadwick Boseman by artist Nikkolas Smith.

Black Panther star, Chadwick Boseman passed in late August from a long battle with colon cancer at the young age of 43. Now, Disneyland Resort’s Downtown Disney has decided to celebrate the life and legacy of Boseman with a heartfelt and touching mural for guests and fans to appreciate and celebrate his life as well. Located in place of the 65th anniversary mural, the mural depicts Boseman and a young child in a hospital gown with their arms crossed over their chests to symbolize “Wakanda Forever” from the famous Marvel Cinematic Universe Black Panther film.

Boseman would often surprise visit children in hospitals. According to People Magazine, he paid an unforgettable visit to the St. Jude Children’s Hospital in Memphis, Tennessee in 2018. He came to visit as he was battling colon cancer and simultaneously finishing filming on Avengers: Endgame. He spent time with children also in treatment for cancer and other life-threatening diseases. According to the magazine, it is rare that every child will meet with every celebrity that comes to visit due to the fact that they might be in the middle of treatment. However, when word got out about the Blank Panther being there, every child in the hospital wanted to meet him.

Thanks to @thecalibae on Instagram, we have your first look at this inspirational mural:

Here is another view of the memorial mural from, @foodatdisneyland:

Chadwick Boseman/Black Panther tribute mural is up in Downtown Disney down by the old ESPN Zone. It replaced the Disneyland 65th mural. What a great piece of art remembering the late @chadwickboseman right ?? Wakanda forever!

We’ve learned, via the OC Register, that this heartfelt mural will remain in the Downtown Disney District for the remainder of the year (December 31st). That being said, we would like to say WAKANDA FOREVER!

What do you think of this touching tribute? Let us know in the comments!