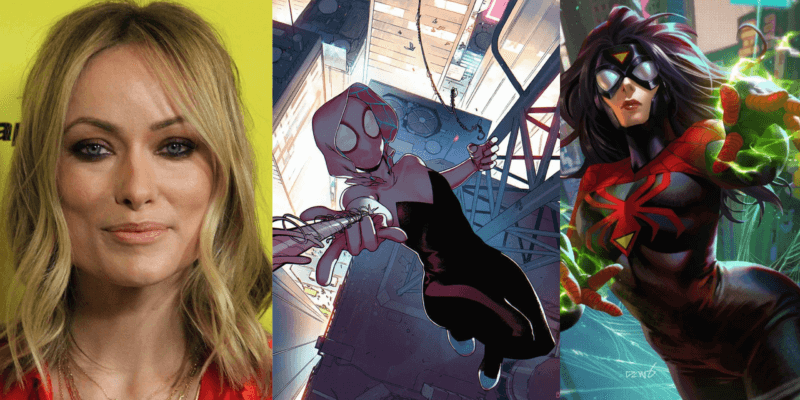 Fantastic news everyone as Olivia Wilde has reportedly been hired to direct an untitled, female-centric Marvel film. The (slightly) bad news is that the deal has been signed with Sony and not Marvel Studios.

Sony Marvel movies have been hit and miss in recent years, only picking up since Marvel started working with Sony to include Spidey in the MCU. So given that Olivia Wilde is going to be working with Sony, what does this mean for the project?

Well, it’s incredibly likely to be a Spidey flick given that these Marvel characters are the only ones that Sony has access to. We can also assume that given Wilde is attached to direct a female-led movie that it is likely to be a  Spider-Woman movie.

This means that any number of characters from the comics could take the mantle. Our money right now would be on Spider-Gwen given her recent popularity (largely thanks to the excellent Spider-Man: Into the Spider-Verse). There are other options though that include Mary-Jane and the original Spider-Woman, Jessica Drew.

Olivia Wilde pretty much confirmed it would be something from the Spider-Verse with her Tweet last night:

The film will be written by Booksmart writer Katie Silberman and Booksmart just so happens to be the first movie that Olivia Wilde directed back in 2019. Next on her list is Don’t Worry Darling starring Florence Pugh, Chris Pine, Dakota Johnson and Shia LaBeouf. We would assume that once she is done with this she will turn her attention to this Spidey film.

There’s no word yet on whether or not this movie will take place in the Marvel Cinematic Universe (as Tom Holland’s Spider-Man movies have done) but here’s hoping. The partnership between Sony and Marvel has worked perfectly in recent years and long may it continue.

What are your thoughts on a female-led Spidey movie? Let us know in the comments below!

Comments Off on Olivia Wilde to Direct Female-Led Marvel Movie