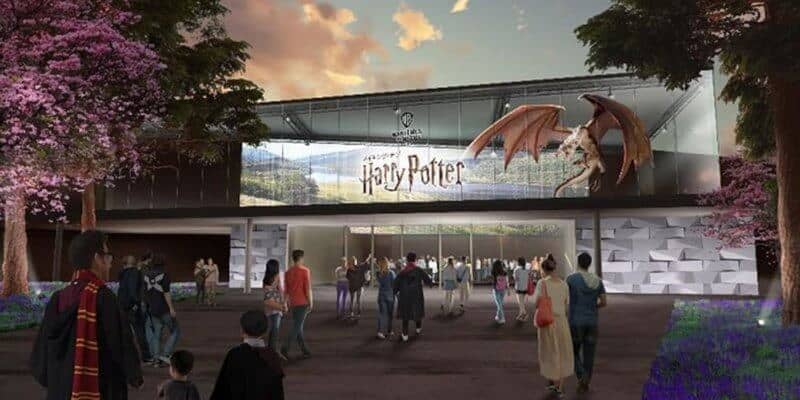 “The Studio Tour Tokyo will be the second facility of its kind in the world, after London, and will offer a new type of experiential entertainment in Japan,” says a statement from Itochu Corporation.

However, wizarding fans around Japan are going to have to wait a couple of years before being able to immerse themselves in the new magical attraction, because it won’t open until 2023.

The new Warner Bros. wizard attraction should not be confused with the ‘Wizarding World of Harry Potter’ which is the Harry Potter theme park area inside of Universal Studios Japan in Osaka.

Just like the one in London, the Japan version of the “Making of Harry Potter” will give visitors access to the recreation of the Harry Potter films sets such as the Great Hall inside Hogwarts, the Forbidden Forest and Diagon Alley, as well as showcasing some of the original props and costumes from the movies.

If that is not already some very exciting news to the Harry Potter fans in Asia, the Japan Harry Potter attraction will also cover parts of the wizard world that the London attraction does not. The Tokyo tour will cover the “Fantastic Beasts” spin-offs!

The Making of Harry Potter will be located on the grounds of a historic 94-year-old park in Tokyo, Toshimaen Amusement Park. The amusement park is set to close at the end of this month, and part of its lands was sold to Warner Bros. and the rest will be turned into a public park.

The goal of building the Warner Bros. attraction in that area is to lure people back to the northwestern part of Tokyo.

“We are also considering various sales promotions including renewal of Toshimaen Station, by the cooperation between Warner Bros. Japan LLC and Seibu group companies such as Seibu Railway, in order to revitalize the areas along Seibu line, by which we try to offer added value to the local community,” says Takashi Goto, the chairman of Seibu Railway Co., in a press release.

What other parts of the world would you like Warner Bros. to open up the ‘Making of Harry Potter’ next? Let us know in the comments below.