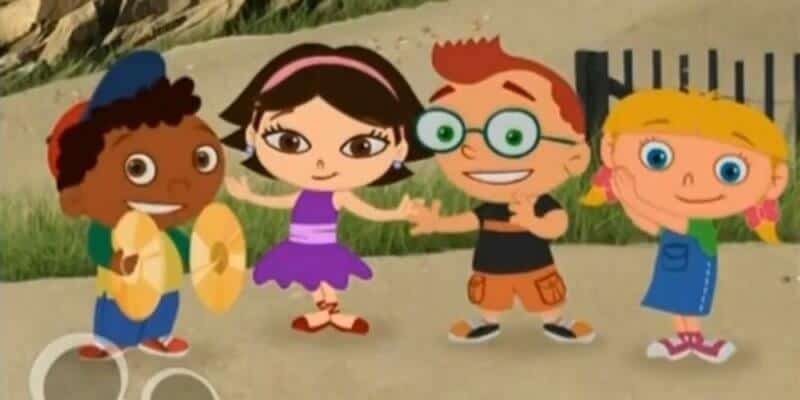 Now, some fans are calling for Disney to remake one of its popular Disney Junior shows into a live-action film.

In 2005, Disney Junior debuted a new animated series titled The Little Einsteins which followed four kids as they explored science, arts, and world culture. If you aren’t familiar with the series, it’s described as:

Leo, Annie, Quincy and June are the Little Einsteins. This preschool series is full of adventures that introduce kids to nature, world cultures and the arts. Each episode has a mission and journey of discovery that incorporates a celebrated piece of classical music and a renowned work of art or world culture. The Little Einsteins use their passion and talents to work together and solve challenges.

And now fans are asking the Walt Disney Company to remake the animated Disney Junior series into a live-action film.

Do you think Disney should do a live action Little Einsteins movie? I mean they never did a live action movie based on a TV show before. Paramount Pictures did with Dora The Explorer. I’m going to write to Disney about the idea and give it a shot.

Little Einsteins is a fun TV show to watch but there is one complaint that I don’t like about the TV show and that is they made only two seasons. A lot of kids that are watching that TV show on Disney Junior and on Disney Plus now a days are never going to notice that but for me and other people who saw the show before that really bugs all of us because if you look at that final episode of Season 2 when Leo said ”See you on the next mission.” nothing really ever happened.

What I hope for is that Disney will correct this in the future, Bring back the TV show and make more episodes. I’ve been planning to bring back the Little Einsteins TV show since 2014 and I’m still doing it today.

I don’t want this movie to be a fail. Plus it’s the only way to bring back the TV show that we all know when we were kids. I need your help on some ideas andstories for the movie and I want some action and comedy in the movie. But done right. I’m not remaking the TV show or repeating the episodes from the TV show in this live action Little Einsteins movie.

If you have an idea for the movie that I want to promote I’ll put it on my list and I’ll sent it over to the Walt Disney Studios. After all Disney still owns the rights to that TV show. Even though the show was cancelled over 10 years ago. Which a lot of people don’t like about the show.

I think it’s about time Little Einsteins would not only get a revival for turning into a live action movie but bring back the TV show and start where they left off and do Season 3 and go from there. Because we already got Seasons 1 and 2 and we don’t need a reboot.

What do you think of a live-action film based on the Disney Junior series The Little Einsteins? Let us know in the comments below.