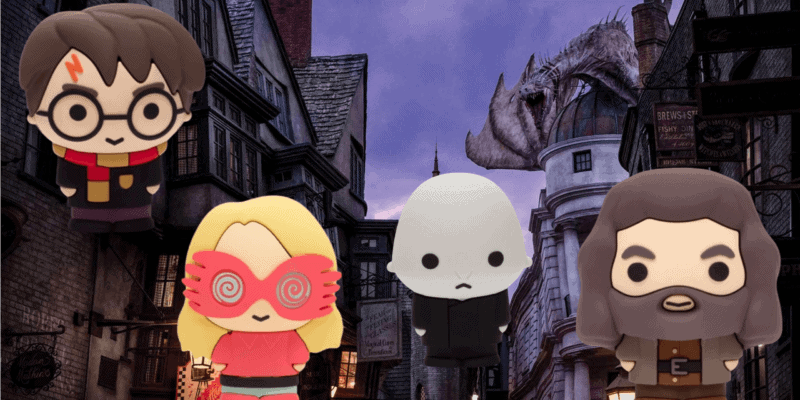 A new magical range of cell phone power banks has just arrived from Powersquad and they offer Harry Potter fans a chance to have an awesome collectable that also does a job, keeps your phone battery going!

These are the perfect size for those wanting to visit the Wizarding World of Harry Potter and in the need of a portable phone charger that matches a love of Harry Potter. Characters included in the range:

Each of the figures is priced at £14.99 (around $20) and can be purchased directly from Power Squad. Take a look at some of the collection below:

We really love the design of these characters, we’ve never seen Harry Potter look so cute!

A fan favorite but a character that you don’t often see get merchandise for. We love that Luna is included in this collection! We are also loving the fact that she’s wearing her Quibbler glasses here as well!

No Harry Potter collection would be complete about Albus Dumbledore. Even in this mini form, he looks wise and powerful.

He Who Must Not Be Named looks the least threatening we have ever seen him here but we are totally here for it. Cute Voldemort is a win in our books.

Related: ‘Making of Harry Potter’ Attraction To Open In Japan

Each of the characters comes with some charge already in them (magic included?) and boasts a 2500mAh battery pack, meaning that they are able to charge most phones to 100% from flat, including a smartphone. A perfect companion to have attached to your favorite Harry Potter backpack for an adventure in the theme parks!

Which of these is your favorite Harry Potter powerbank? Let us know in the comments below!