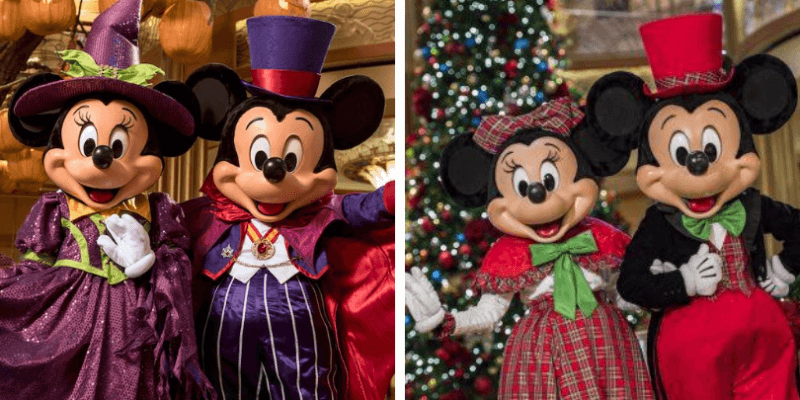 Traveling by land, air, or sea has not been easy this year as much of leisure traveling came to a temporary almost 5 months ago.  Disney Cruise Like has taken a major hit as many of the other cruises lines have as well.  Disney has said in an earnings call earlier this week that it is one of the factors that has given Disney a $2 billion operational loss.

A few days ago, most major cruise lines announced that they would be extending their suspension of sailings until after October 31st, 2020 with Disney Cruise Line being included in that list of suspension. The announcement made Disney fans question if there would still be Halloween on the Highs Seas, which is a fan favorite event on Disney Cruises, when sailings resumed.

Today, it appears that the Disney Cruise Line website has removed all its sailings for November 2020 as well and doesn’t resume until early December.

This leads us to the conclusion that there won’t be Halloween at High Seas.

This doesn’t come as a surprise as Walt Disney World Resort canceled this year’s Mickey’s Not-So-Scary Halloween Party.  Though many Guests are bummed that their vacation is being canceled, cruise lines are doing this is in the best interest of keeping Guests healthy and safe during sailings.  When it is safe to do so, you can bet that Disney Cruise Line will have some of the most epic embarkment days and sail-away parties onboard!

The tweet below shows that the suspension may only be until November 7 so far, but that is always subject to change.

Disney Cruise Line is canceling all sailings on the Disney Magic (and presumably the three other ships) through Nov. 7, 2020, according to an email I just received canceling my October cruise. The @DisneyCruise website hasn’t been updated yet. pic.twitter.com/3VJXal3MJq

But with November sailings being taken off of the website, the chance of not even having Very Merrytime sailings is coming closer.  It becomes more real that there’s a possibility that the Disney Cruise Line ships won’t have its next departure date until 2021.

Either way, Disney Cruise Line and their essential Cast Members and Crew still on-board the ships are working diligently to be able to welcome Guests back onboard in safe manner.  Also, it gives Disney Wish time to continue with construction!

If you need help re-booking your Disney Cruise Line vacation, reach out to the experts at Academy Travel, who can help you navigate all these changes.

Comments Off on Disney Cruise Line Extends Suspension Into November