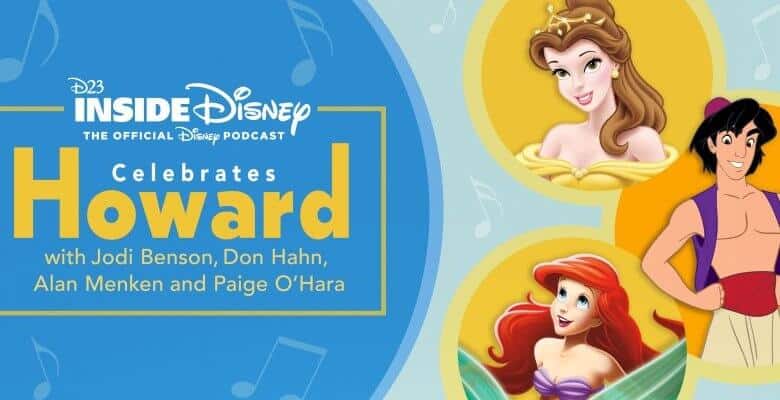 The ultimate Disney Fan Club, D23, is celebrating the legacy that is Howard Ashman.

During a video podcast today, August 27, D23 will celebrate the life and music of the late Howard Ashman. Ashman is responsible for Disney music that probably made all our childhoods amazing! This special video podcast will also be celebrating the newest documentary to debut on Disney+, Howard. This documentary depicts the life of Howard Ashman and his greatest achievements through the ones that knew him best.

Disney+‘s Howard tells the story of lyricist and Disney Legend, Howard Ashman. This documentary is told by another great Disney Legend, director and producer, Don Hahn. Hahn will also be a special guest in today’s video podcast.

Another special guest will be Ashman’s songwriting partner, Alan Menken. The legendary musical duo collaborated on famous works such as The Little Mermaid, Beauty and the Beast, and Aladdin.

During the D23 Inside Disney video podcast, those that worked with Ashman had nothing but great things to say about this great man. When it came to Belle herself, Paige O’Hara remembers that Howard Ashman encouraged her to put as much of herself into the main character from Beauty and the Beast.

Howard even convinced The Little Mermaid‘s Jodi Benson to stop singing and just tell the story when it came to legendary song, “Part of Your World.” Benson then stated, “There would be no Ariel without Howard.”

Howard Ashman’s friends and colleagues finally reminisced about their favorite lyric of his and how it’s impacted their lives.

Catch all of the heartwarming moments of D23 Inside Disney Celebrates the Magic and Music of Howard Ashman in the video below.