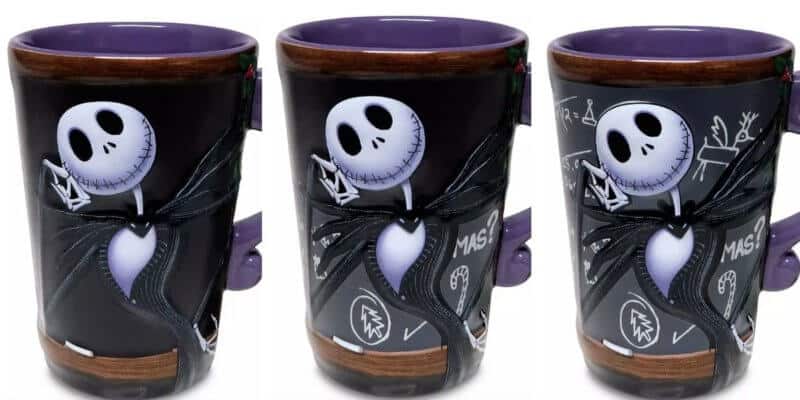 Disney is gearing up for the spooky season as they are starting to debut brand new Halloween inspired merchandise. One of the most popular Disney films that is showcased on Halloween merchandise is the beloved Nightmare Before Christmas.

It wasn’t long ago we reported on a new Nightmare Before Christmas coffee mug and spoon set, but now shopDisney also debuted a color-changing coffee mug highlighting the star of the Tim Burton film — Jack Skellington!

You can purchase this Nightmare Before Christmas mug and spoon set on shopDisney.com for $19.99 here.

More on Nightmare Before Christmas

The film follows the misadventures of Jack Skellington, Halloweentown’s beloved pumpkin king, who has become bored with the same annual routine of frightening people in the “real world.” When Jack accidentally stumbles on Christmastown, all bright colors and warm spirits, he gets a new lease on life — he plots to bring Christmas under his control by kidnapping Santa Claus and taking over the role. But Jack soon discovers even the best-laid plans of mice and skeleton men can go seriously awry.

Nightmare Before Christmas is streaming now on Disney+. If you are not yet signed up for the service, you can get started here.

Will you be purchasing this new Jack Skellington color changing mug? Let us know in the comments below.