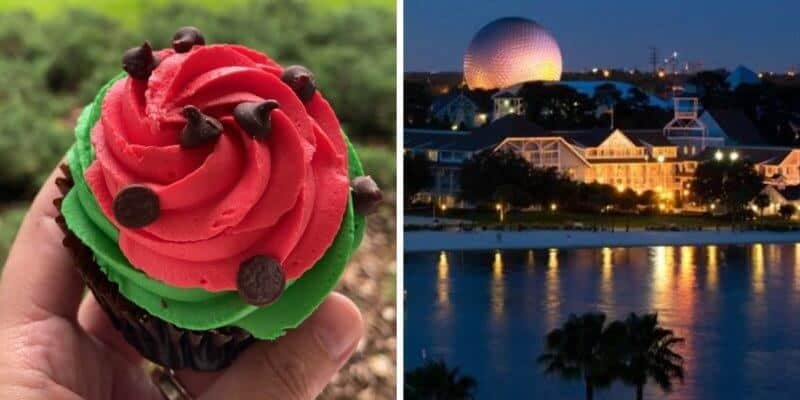 Walt Disney World is known for its adorable and unique sweet treats — From character candy apples to Mickey rice krispie treats to delicious cake pops, Guests love trying the latest Disney sweet treats offered at the resort. But my personal favorite is the cupcakes!

Instagram user @yellowbeadsandme recently shared these photos with Inside the Magic and we are drooling! The new Watermelon cupcake is only offered for a limited time only and can be found at Disney’s Beach Club Resort.

She also recently took to her Instagram to share some amazing details about this new cupcake. She wrote:

If you plan on visiting Walt Disney World Resort, there have been safety protocols and several other changes put into place to keep guests and cast members safe. Social distancing measures have been put in place, excessive cleanliness, encouragement of mobile orders, plexiglass, and as we previously mentioned, the elimination of character meet and greets. Also being eliminated from the parks are parades and fireworks along with other similar entertainment that draws a crowd, and much more.

Will you be trying this new watermelon themed cupcake? Let us know in the comments below.