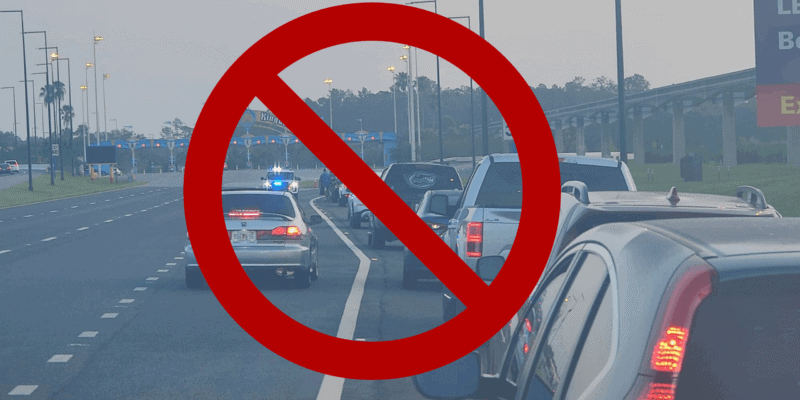 We are at the Magic Kingdom today for the first day of the Annual Passholder previews and it would seem that Disney is being very cautious with guest parking.

As it stands right now, they aren’t allowing guests to park in the parking lots of the Magic Kingdom until at least 8 a.m., 1 hour before the park officially opens at 9 a.m. Here’s the queue we were faced with this morning upon trying to enter the parking lot:

We were then told we needed to loop and come back at 8 a.m. Another one of our other reporters was told 7:45 a.m.

It is unclear at this stage as to why Disney is being so strict with parking at both the Magic Kingdom and Disney’s Animal Kingdom but it likely has everything to do with managing social distancing of guests who park and then get into a queue to enter the parks.

By 7:45, this is what the line to get into the parking lot looked like:

There’s a lot of new rules that have been introduced to try and help guests be as safe as possible in the parks and given this is the first day with guests that aren’t Cast Members, there’s no surprise that Disney is being as cautious as possible.

Related: Read our guide to the reopening of Walt Disney World

Are you having parking troubles at Walt Disney World? Let us know in the comments below!

If you’re looking on planning a trip to Walt Disney World soon then why not get in contact with our friends over at Academy Travel. They are there to help you plan a trip during what can be a difficult time to try and understand all of the new regulations that Disney has put into place. Contact them today for a free quote.