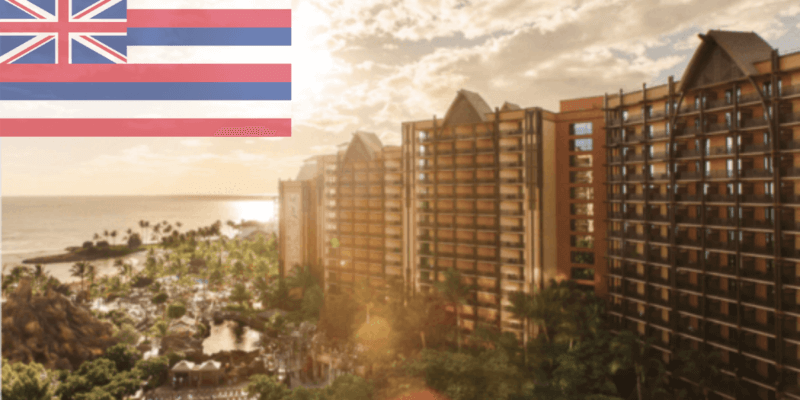 It appears that Disney Vacation Club Members might face all of Summer 2020 without being able to visit Aulani, A Disney Resort and Spa, or any part of the Aloha State for that matter.

While Disney’s Hawaiian resort remains closed, Hawaii’s state government has decided to delay its pre-testing program, and continue to require all Trans-Pacific visitors–including those from the U.S. Mainland–to quarantine for 14 days upon their arrival.

Earlier this week, Hawaii state governor, David Ige announced that the pre-testing program set to reopen the archipelago to tourists will be delayed to September 1. It was originally scheduled to begin August 1. Gov. Ige explained that the reason for the delay was the continued increase of pandemic cases across the mainland, claiming States are “not in control” of the infection rates.

“This was not an easy decision to make. It really was a choice between two difficult options,” he said.

According to Hawaii News Now, “In lieu of a 14-day quarantine, the state instead wants to require passengers to produce a negative coronavirus pre-test taken within 72 hours of departure to Hawaii.”

The Honolulu City Council later unanimously passed a resolution that suggested travelers have the ability to avoid quarantine if they test negative a second time within seven days of their last test, as well as ask for a delay in the start so they could better fortify certain aspects like testing facilities.

While the details continue to be hashed out, and the number of cases continues to climb on the mainland, all visitors to Hawaii will still be required to quarantine for 14 days upon their arrival.

Honolulu provides the gateway for Guests looking to visit Disney’s Aulani resort on the island of Oahu.

The Hawaiian Transit Authority (HTA) reported that in April, passenger arrivals statewide fell from 30,000 a day to 400 a day. The HTA also stated that the tourism industry wants to “welcome back our visitors once our state is ready to do so in a safe manner that will hopefully avoid the need to backtrack in the future.”

“We did believe it would be in the best interests of everyone here in Hawaii to delay the start of the program,” Ige said, in a news conference at the state Capitol building. “I also want to make it clear that we still believe in the pre-travel testing program. We will continue to take actions necessary to implement it safely.”

Related: FL Travel Advisories That Could Impact Your Disney Trip