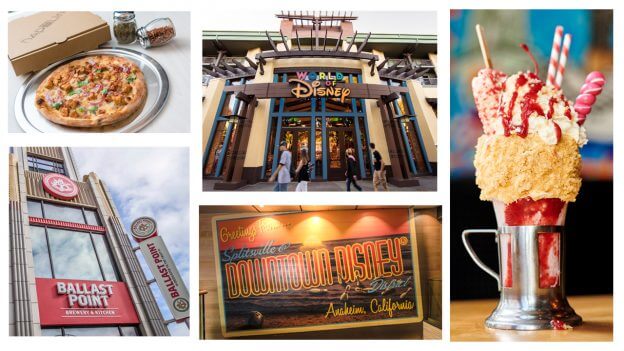 California Governor Gavin Newsom announced yesterday that restaurants within 19 of the state’s counties (including Orange County, where Disneyland Resort is located) will have to operate with outdoor seating only — indoor dining will not be permitted. Because Downtown Disney is scheduled to reopen on July 9, many have been wondering whether Disney will (or can) proceed with the reopening of Disneyland Resort’s shopping, dining, and entertainment district. But a new report suggests that the reopening of Downtown Disney is still a go.

People Magazine reports, “While Newsom’s latest order prohibits the indoor operation of restaurants, movie theaters and family entertainment establishments in Orange County, Downtown Disney will still reopen on July 9 as previously announced with new plans to have only outdoor seating at its various eateries.”

Note that at this time, Disney has not released a list of restaurants that have confirmed they will be reopening next week. You can read our list of confirmed restaurants here. If you want to know which restaurants could open for business with outdoor dining, below are some restaurants at Downtown Disney that offer outdoor and patio seating:

We will update Inside the Magic with more information about the reopening of Downtown Disney and the rest of the Disneyland Resort as soon as Disney releases it.

Comments Off on Disney Will Reopen Downtown Disney With Extra Precautions