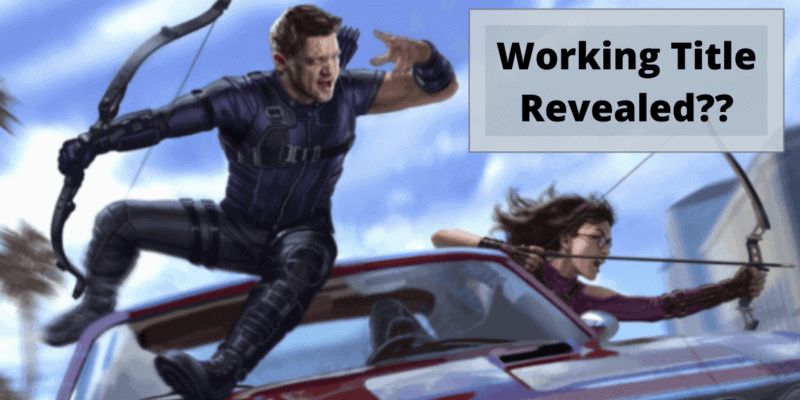 Starring Jeremy Renner as Clint Barton/Hawkeye, the show is expected to introduce Kate Bishop into the Marvel Cinematic Universe. The name Archer Points is fitting because it refers to the spot on the face to which archers pull back their bows. A consistent archer point signals a consistently accurate archer. Murphy also sees the name as a tie in back to the comics, reminding readers that the first volume of the Hawkeye series written by Kelly Thompson carries the same name.

Little is still know about the details of the Hawkeye series, but we do know that after rumors that it was delayed, the Disney+ original series is reportedly set to begin production in late September of this year. It was also reported that Hailee Steinfeld is Marvel’s first choice to dawn the role of Kate Bishop, who is said to become the next Hawkeye after Barton and join a team called the Young Avengers.

Neither Disney+ nor Marvel Studios has officially confirmed or denied the show’s potential name or the production start date. Until they do so, all news written here should be taken with some grain of salt.

Jeremy Renner’s Hawkeye series is one of several shows Marvel Studios is using to continue to expand the MCU. Joining the Hawkeye series will be WandaVision, Loki, and The Falcon and the Winter Soldier. All of which star their original actors who played the superheroes on the big screen.

The rumor of Hawkeye’s working title comes on the heels of another rumor that Marvel shows WandaVision and The Falcon and the Winter Soldier will sill be released on time, but with only half a season on account of the global pandemic causing production to shut down. At this point, only time will tell if these rumors are true.

What do you think of the Hawkeye show’s working title? Let us know in the comments!