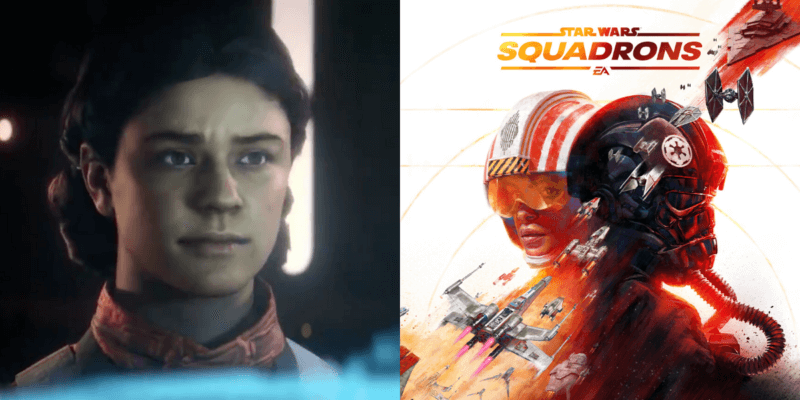 Return to a Galaxy Far Far Away in the days after Return of the Jedi and the battles that followed the Empire’s defeat at the Battle of Endor to join the fight once again with a brand new hero in the Star Wars: Squadrons video game.

It will feature two playing modes. In story mode, players will get to customize their own characters and join the flight alongside new characters on both sides and multiplayer will allow for 5-on-5 team play either as a dogfight or a full fleet battle.

It’s time to join the galaxy’s finest. Team up and pilot the fastest starfighters in the galaxy. This is #StarWarsSquadrons.

In Star Wars: Squadrons players will enlist as starfighter pilots, stepping into the cockpits of legendary starfighters from both the New Republic and Imperial fleets. They’ll plan skirmishes with their squadron in the briefing room before taking off to space battles across the galaxy. Players will engage in strategic 5v5 multiplayer space battles with the goal of demolishing the opposing flagship in Fleet Battles and feel the rush of first-person multiplayer combat as they work with their squadron and execute the best tactics to defeat as many opponents as possible in Dogfights.

Star Wars: Squadrons will also feature a single-player story that brings to life events following the Battle of Endor when the Rebel Alliance has successfully destroyed the Death Star II. Through the story, players  will learn what it means to be a pilot as they battle from the alternating perspectives of two customizable pilots, one serving in the New Republic’s heroic Vanguard Squadron, while the other fights for the Galactic Empire’s fearsome Titan Squadron. The authentic story features a diverse cast of original characters, as well as some cameos from familiar faces in the Star Wars galaxy.

In the trailer released today, gamers were able to get their first glimpse of the first-person Star Wars adventure they are about to undertake as well as the new characters they will meet. One of the main characters on the side of the New Republic is a young woman who appears to be the flying ace in command of the Vanguard Squadron. On the other side, the Empire’s Titan Squadron is lead by a man whose ferocity and skill appears almost unmatched. No character names have yet to be mentioned.

EA will premiere gameplay at EA Play Live on June 18, and the game will be available on PC, Xbox One, and PS4 for $39.99 USD on October 2. Click here to pre-order the game for yourself.

Are you excited for Star Wars: Squadrons? Let us know in the comments!