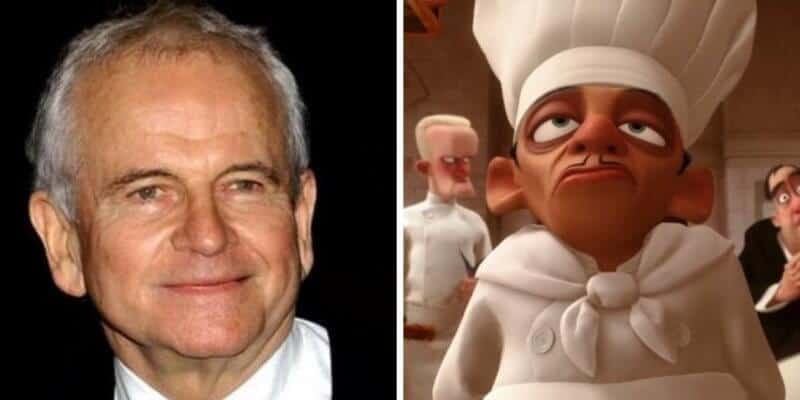 The Oscar-nominated star, Sir Ian Holm, has passed away. He was 88.

“It is with great sadness we can confirm that the actor Sir Ian Holm CBE passed away this morning at the age of 88,” his agent said in a statement. “He died peacefully in hospital with his family and carer,” he added.

Holm’s death, according to the statement, was related to Parkinson’s Disease. Holm’s was described as “charming, kind and ferociously talented”.

Sir Ian Holm was known for his work in The Lord of the Rings, Alien, The Fifth Element and of course, the Disney Pixar film, Ratatouille. Sir Ian Holm provided the iconic voice to Chef Skinner in the film, who is the main antagonist.

Holm’s was born in 1931 in Essex where, at a very young age, he developed a love and a very special talent for acting. It didn’t take long before he started training at the Royal Academy of Dramatic Arts in London.

In the 1981 film Chariots of Fire, Holm was nominated for an Academy Award and won a Bafta. But, Holm is most commonly known for his role as Bilbo Baggins in The Lord of the Rings trilogy.

In 2000, Holm told the Los Angeles Times “I’m never the same twice and I’m not a movie star- type, so people don’t demand that I’m always the same.”

Many people are remembering the talented actor by sharing memories and kind words in remembrance. The National Theatre is remembering him as an “extraordinary actor” — Especially for his performance as King Lear in 1997 as they say it created “wonderful memories”.

Comedian Eddie Izzard has spoken out about Holm’s passing and is remembering him as “a wonderful actor” saying “It’s so sad to see him go.”

Holm’s is survived by his wife Sophie de Stempel, his five children from his previous marriages, and his third wife Penelope Wilton.

Comments Off on Disney Pixar Voice Actor Passes Away