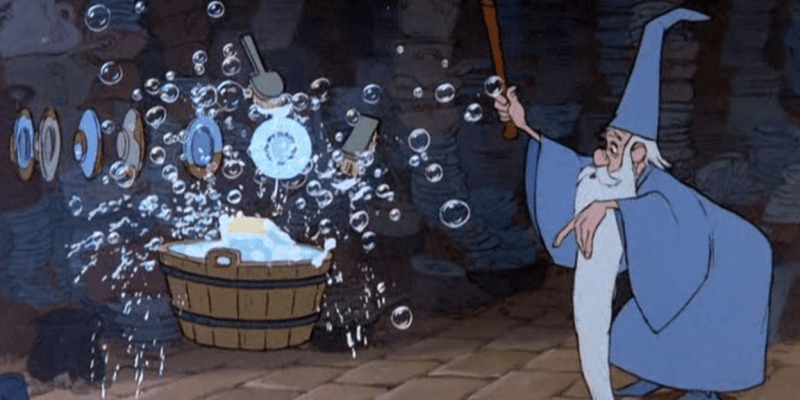 With Disney hot in production on a handful of live action adaptations of animated characters, speculation remains high on which characters/movies may get adapted next. So far Maleficent, Cinderella, and Alice have all made their live-action Disney debuts, with Belle and Mowgli seeing their films less than a year away. Based on news today, a Merlin origin film is progressing rather quickly. According to Deadline, Disney is bringing in Oscar winning screenwriter Philippa Boyens in to work on an adaptation of T.A. Barron’s The Merlin Saga. Boyens won her Oscar for her work on the Lord of the Rings films, showcasing her ability to adapt high fantasy into a digestible visual experience.

One of the big questions that the news brings to mind is if Disney intends to marry Barron’s series to The Sword and the Stone, or if seeks to just adapt Barron’s series instead. There are many popular characters from the film that would be great to see on screen again, namely Arthur, Archimedes, and Madam Mim . It’ll be interesting to see which route Disney chooses to take. Disney has been able to bring Merlin into many other mediums, allowing him to outshine the popularity of his own film. In the parks, having him lead the Sorcerers of the Magic Kingdom experience has introduced him to an entire generation of Disney fans. The generation before has their own personal experience with the character through the Kingdom Hearts video games. Disney’s ability to keep him relevant gives this film a real chance to be well received.

At this point, no release date has been set.

Stay tuned to Inside the Magic to see if any more news releases in the coming weeks.